What are the postulates of Dalton’s Atomic theory? 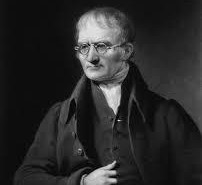 What are the postulates of Dalton’s atomic theory? Could we apply this theory in its original form now?

The postulates of Dalton’s atomic theory are as follows:

a. The matter is composed of extremely small, indivisible particles called atoms.

b. Atoms of an element are similar in all respects while atoms of different elements are different in terms of properties and weight.

c. Atoms can neither be created nor destroyed.

d. Atoms can combine in a simple whole-number ratio to give compound atom.

Atoms can combine between themselves to give a molecule. The combining ratio may be simple or complex however, it is an integral ratio. The atoms of different elements may have the same mass number i.e. isotopes and isobars have similar nuclear properties further, atoms of one element can be changed into atoms of other elements by nuclear reactions as,

Hence, Dalton’s atomic theory is no more applicable in its original form as:

i. It could not explain the cause of the chemical reaction.

ii. It could not explain the existence of isotopes and isobars.

iii. the idea of compound atoms has not applied properly.

iv. It could not explain Gay Lussac’s law of gaseous volume.

So, it needed modifications as (i) Atoms are no longer indivisible.

(ii) Isotopes and isobars account for the nature of the atom of the element.

(iii) Mass and energy are inconvertible.