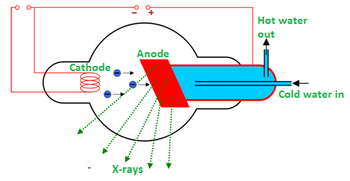 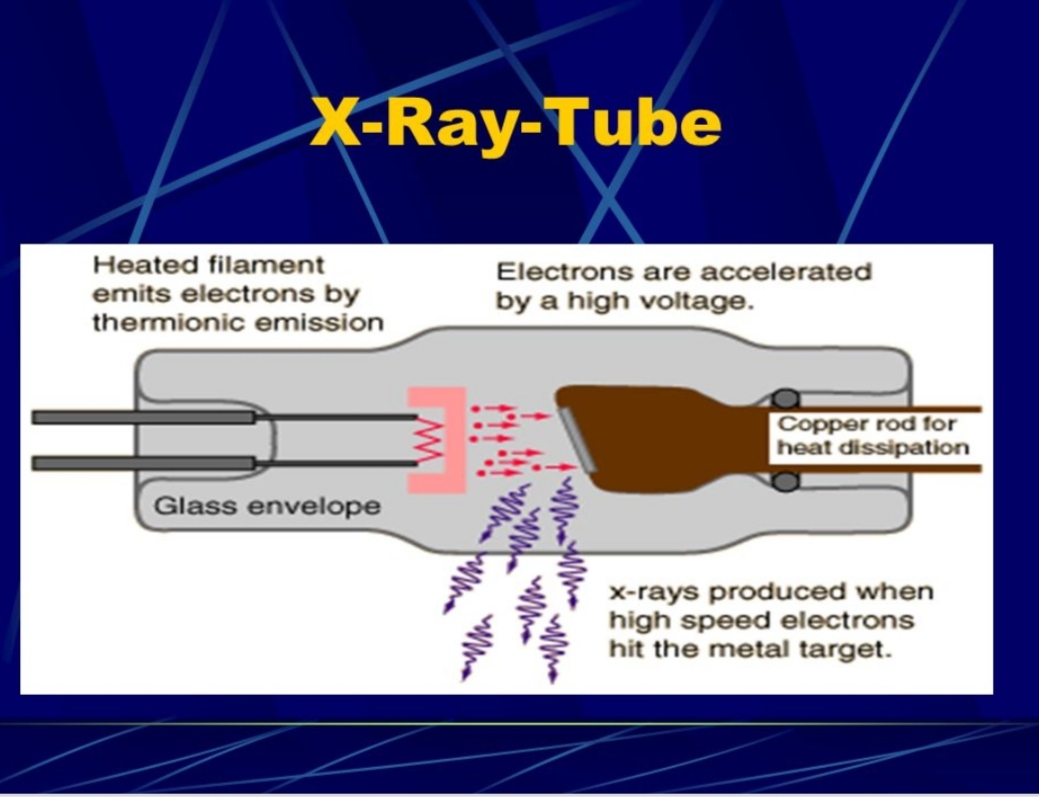 It is an electromagnetic wave of high energy and very short wavelength, which is able to pass through many materials opaque to light.

X-rays are produced when the electrons are suddenly decelerated upon collision with the metal target; these x-rays are commonly called bremsstrahlung or "braking radiation". If the bombarding electrons have sufficient energy, they can knock an electron out of an inner shell of the target metal atoms.

A modern x-ray tube called Coolidge tube is used to produce an X-ray.

If V is the accelerating voltage applied between the cathode and the anode then the kinetic energy gained by the electron is,

Control of intensity and quality of x-rays

• They ionize the gas through which they pass.

• They deflect in electric and magnetic fields.