Swarup Khatiwada created in Chemistry in the Service of Mankind

Study of dyes and its effect 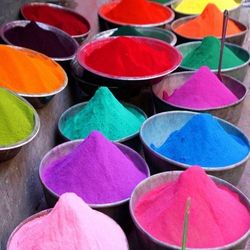 Dyes are colored substances (generally organic compounds) which are used in impairing color to textiles, silk, wool, food stuffs etc. in ancient times certain natural products extracted from plants were used as dyes. An interesting point about them is that unlike paint, they do not build up on the surface of the fiber but are absorbed into the pores of the material. Probably the earliest known natural dye were indigo (a blue dye) and alizarin (a red dye). But today, the demand for dyes cannot be met by natural dyes alone. Almost all dyes in use these days are synthetic dyes. Synthetic dyes belong to different classes of compounds. Dye wastewater is considered to be one of the most harmful effluents, being carcinogenic to human and aquatic life. This is not only because dye produces harmful by products but also is responsible for the eutrophication and no-esthetic pollution. Hazardous effects of dye on human life are dysfunction of central nervous system (CNS), kidney, reproductive system, brain, liver, etc. The ionic dyes are divided into two types, namely cationic and anionic dyes carrying positive and negative charges, respectively. All the basic dyes come under the class of cationic dyes, whereas acid, reactive, and direct dyes come under the category of anionic dyes. Nonionic dyes are further divided into vat dyes and disperse dyes.

Dyes are colored substances (generally organic compounds) which are used in impairing color to textiles, silk, wool, food stuffs etc. in ancient times certain natural products extracted from plants were used as dyes. An interesting point about them is that unlike paint, they do not build up on the surface of the fiber but are absorbed into the pores of the material. Probably the earliest known natural dye were indigo (a blue dye) and alizarin (a red dye). But today, the demand for dyes cannot be met by natural dyes alone. Almost all dyes in use these days are synthetic dyes. Synthetic dyes belong to different classes of compounds.

Prior to the mid-nineteenth century, virtually all colorants originated from animals, vegetables, or mineral sources and frequently had to be shipped over considerable distances and were subject to the vagaries of nature. The economic limitations of these colorants became increasingly apparent in the late eighteenth century as the industrial revolution took hold in Europe and by the 1850s, the textile industry was ripe for the introduction of cheaper synthetic dyes with a greater reliability of supply. Two exceptionally valuable natural dyes were madder and indigo, these presented a major challenge to dye chemists. The eventual replacement of these dyes with their synthetic equivalents marked two important milestones in the history of synthetic dyes.

Madder: Madder was obtained from the root of the Rubia tinctorum plant, the principal coloring component being alizarin (1,2-dihydroxyanthranquinone). Cellulosic fabrics were dyed with this material by a mordant dyeing process, commonly employing alum, thereby forming an insoluble red metal complex of alizarin in the fiber. The popular turkey red process of this type was both complicated and tedious, and could take up to one month to produce the finished, dyed cloth. Although it gave a bright red dyeing of excellent fastness properties, even by present-day standards, the process economics were hardly ideal. Madder was produces in turkey, but much had to be shipped from further afield, notably the British East Indies, and this also was an economic disadvantage. 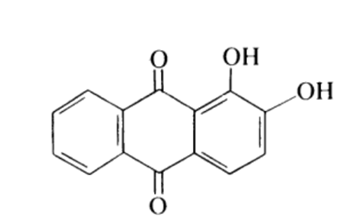 Indigo: indigo was by far the most important natural blue colorant and, like madder, was of vegetable origin. The major source of this dye was the Indian plant Indigofera tinctoria, the leaves of which are rich in indoxyl, as a glycoside derivative. Fermentation of the leaves liberates free indoxyl, and this is rapidly oxidized by air to the desired, water-insoluble indigo. In Europe the woad plant had traditionally provided indigo for dyeing, but the Indian product began to be imported by the twelfth century, and by the 1850’s all cotton was dyed with the Indian dye. Wool, however, continued to be dyed by the woad vatting technique, as this used milder conditions which were less harmful to the fiber. The superior wash- and light-fastness properties of indigo meant that none of the early synthetic blue dyes posed a threat to the natural dye. However, chemists were eventually to develop an economical synthesis of the indigo which had a disastrous effect on the natural indigo industry. 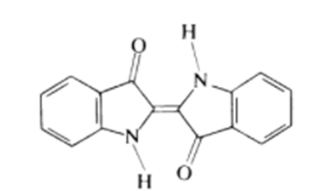 Color and structure of dyes

Some of the chromophores are

We know that the visible part of the electromagnetic radiation lies in the range 400 nm to 750 nm. Now when the white light consisting of the visible part of the radiation falls on a chromogen, it absorbs certain band of wavelengths from the visible part and reflects the remainder as the colored light. Hence, the chromogen or the dye shows the color of the reflected light. The color absorbed and the color observed are said to be complementary to each other. For example, if a substance absorbs the band of wavelength corresponding to blue color, it will exhibit yellow color and vice versa. This relationship between the wavelength band or color absorbed and the complementary color observed is given below.

1.     A report on “Toxic Sludge Irrigating Fields for 20 Years” appeared in The Tribune dated April 7, 2009. It said quote “Due to unavailability of canal water and subsoil water, farmers of this cancer—prone district have to irrigate their fields with toxic sludge flowing into a drain which passes through their villages here”. The effect on crop irrigated with sludge can be observed through symptoms like plaque in teeth, joint pain and grey hair of villagers. Farmers of Kot Bhara, Kot Bakhtu, Kot Fatta, Ramgarh Bhunder, Chathewala, Jeewan Singh Wala, Shergah, Mallwala, Kaile Bander, Chak Ruldu Singh Wala, Pathrala, Manak Khana, and other villages along the banks of the Lisada drain near Bhatinda, have been using this toxic black water for 20 years for irrigation.

2.     A study was conducted on “Color/Dye Removal from a Textile Industry Effluent Using Activated Carbon” In this study removal by adsorption of various acidic, reactive and direct dyes on two different samples of Granular Activated Carbon was observed in Static Batch Method as well as Continuous Flow Process. Experimental data on optical density of blank solutions of different concentrations ranging from 10 mg/l to 100 mg/l and optical density of solutions after adsorption on activated carbon samples were taken and analyzed. Calibration curves were plotted and the amount of dye adsorbed was calculated. The data was fitted to simple Polynomial, Langmuir and Freundlich isotherms for different carbon samples and concentration values of various dyes. Constants were calculated from the slope and intercept values of the isotherms. Coefficient of co-relation R2 and standard deviation SD were also noted. The data was found to fit well to the isotherms. Carbon sample C1 showed considerably higher potential to adsorb the dye as compared to carbon sample C2. Adsorption was better in Batch Method in compared to Continuous Flow Process.

3.     Presence of increasing amount of dye in water body to effect of many parameters of algae such growth protein content, pigment content and other nutrient content. Different dyeshave different potential effect on algae. Measuring pollution in aquatic environments, algae are 50% more sensitive to contaminants compared to organisms commonly used in toxicological tests. In Spirulina platensis, on increasing the concentration of dyes in water resist the growth and decrease its nutrient level as well Ramazol Red Brillian also affect the chain in aquatic environment and consequently causes an ecological imbalance. Use of indigo dye are also capable of significantly reducing the growth and biomass production in addition to altering the morphological characteristics of the fresh water microalga S. quadricauda.

1.     In industrial there are other highly toxic compounds in the discharge of colored wastewater that increase environmental problems.

2.     A great environmental concern with dyes is the absorption and reflection of sunlight entering the water.

3.     Some of the industrial dyes are so harmful that multicolor mess linked to increased cancer rates, skin diseases, and slow mental development in children.

4.     Use of dye for dyeing hair can have adverse effects like hair fall, damage to hair texture, burning of skin.

5.     Consumption of artificial food colors also leads to the problem of depression, memory loss and aggressiveness.

Composition of the dyes:

A dye is a single compound, so it doesn’t contain any kind of composition but the reason behind the color shown in the dye is due to the components of the dye that reflects a certain wavelength’s light only.

Alizarin (1,2-dihydroxyanthranquinone), and Indoxyl give out red and indigo colors respectively, which were believed to be the only main colors used till the 18th century.

More than 80% of the dyes we use today in our daily life are non-biodegradable whereas only less than 20% of dyes are biodegradable. This means that there is a very big problem in the pollution of the environment and the health of human beings. According to some research, the skin problem is due to more use of the dyes used in the hair. The food colorings we use, contain some highly toxic substances that might be causing a high risk of cardiac arrest, bone loss (haddi khiyinu), and in some cases death as well.

Copper is said to be highly toxic to the human body, which with no immediate treatment might cause death up to 10% certainty. Which is used to extract blue color when mixed with sulfur (i.e. copper sulfate).

We can see that all the industrial dyes have some kind of negative impact on humans. One of the main impacts seen is a skin disease. Some of them are highly toxic whereas some of them are comparatively less toxic. But more or less all of them are harmful. About 80% of the dyes used are chemical-based dyes and only about 20% are natural dyes. So, I think the government should ban the use of highly toxic and harmful dyes to preserve human health and give priority to natural dyes and help to produce in huge quantity to overcome the use of toxic industrial dyes.

twelve chemistry Chemistry in the Service of Mankind