Covid-19: People stuck even they got visa to a foreign country

Covid-19: People stuck even they got visa to a foreign country

“Students who got visa to Australia for study stuck in Nepal due to the third wave of Covid-19.”   A person who moves from one place to another, especially in order to find work or better living conditions is known as a migrant. Many people have been stuck in their hometown even though their whole new life was waiting for them. 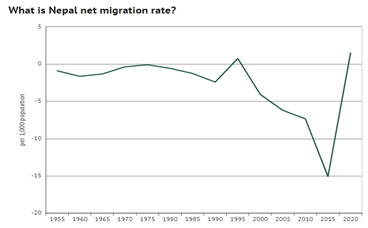 Among the major regions of the world, the largest number of international migrants in 2020 resided in Europe, with a total of 87 million. Northern America hosted the second largest number of migrants, with almost 59 million. Northern Africa and Western Asia followed with a total of nearly 50 million. In 2020, nearly half of all international migrants resided in the region from which they originated, with Europe accounting for the largest share of intra-regional migration: 70 percent of migrants born in Europe reside in another European country. Here during this time of covid19 as well many people have migrated from one country to another. [4] 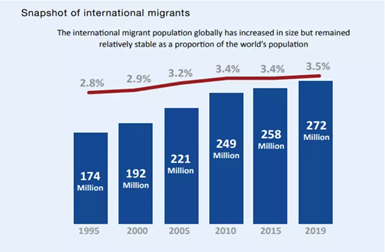 Comparatively, there has been less migration than ever before but still, there are people who have traveled even during this pandemic. Those migrants might be doctors and nurses but still many students and professors from foreign countries haven’t been able to travel in order to learn and teach respectively. Labors who were planning to work abroad or the ones who were deciding to return to their home town or home country were stuck in their current address. These have made a problem for the migrants. They particularly didn’t get a proper living style during this pandemic.