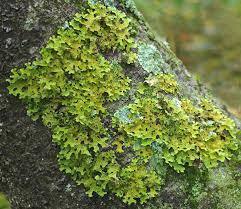 Lichens are useful to nature and mankind in the following ways:

1. Ecological value: Lichens such as Lichen condelarias function as the pioneer plants in ecological succession because they grow on nude or lifeless area such as barren, naked, rocky surfaces. The organic acids produced by them disintegrate rocks into soil, so lichens are regarded as soil makers, This invites other lichens and plants such as mosses, ferns, or higher plants. So, they are the pioneers of the plant kingdom.

3.  Medicines: They are used as a source of medicines. Lichens like Pernisaria species are used in fever. For example, usnic acid, which is obtained from Usneu, is an antibiotic used in the treatment of vario infections and Cladonia (Reindeer moss) is used in the treatment of whooping cough. Evernia species is used as astringents in haemorrhages. Peltigera is used in liver diseases and for using hydrophobia. Some lichens are used in the preparation of ointment for burns and wounds.

4. Perfumes: Certain species of lichens like Evernia prunastri. Lobularia, etc are used in toiletry, manufacture of scented incense (DHOOP) and other cosmetic perfumes.

5.  Bio-indicators of air pollution: Lichens use as biological indicators of environmental pollution because they cannot survive in those areas where SO2 , releases for long time. The decrease in growth of lichens of an area is an indicative to air pollution.

1. Lichens growing on young fruit trees and sandal trees are harmful to the plants.

2. During hot season, some species of lichens (e.g. Usnea barbarata) become so dry and inflammable that they often help in spreading forest fire.

3. Some lichens act as allergens.

4.The commercial value of glass and marble stone is reduced because of itching of their surface by lichens.

5. Some lichens eg. Cladonia rangifera, Cetraria Islandica accumulate large quantities of radioactive elements like caesium (Cs137) which may be incorporated in the human body by the food chain causing harmful effect: