↪ This gradient is also known as electrochemical gradient and it is a store house of energy it tends the excess Na+ ions present outside to diffuse inside the cell membrane.
↪ The diffusion sodium then pulls the other substance such as glucose molecule along with Na+ through the cell membrane into the ICF. 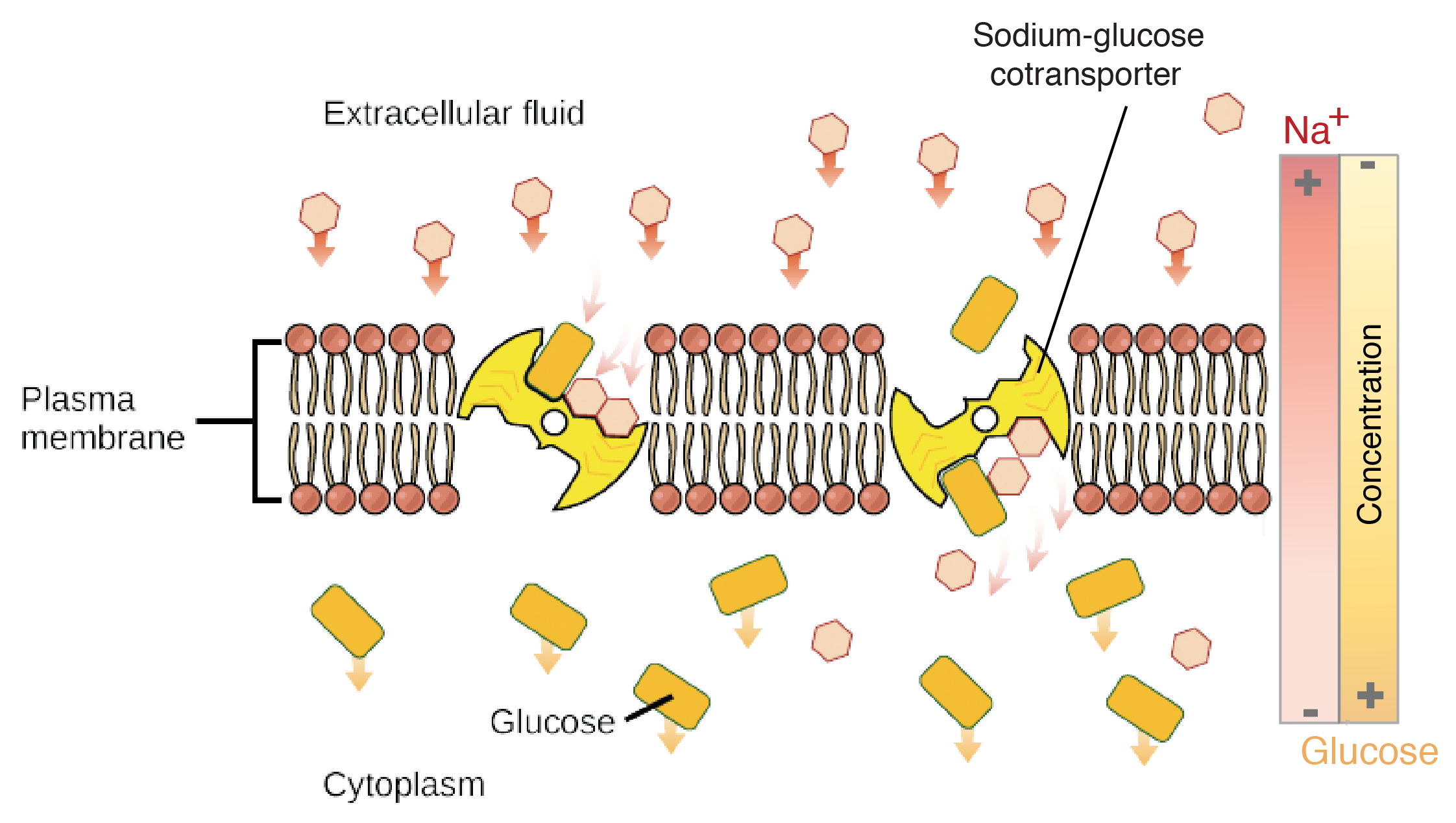 ↪ This phenomenon is secondary active transport that involves in Na - glucose pump.

Functioning of the Pump

The mechanism of secondary active transport is studied in detail in sodium-glucose pump.
It is also known as co-transport of glucose along with sodium ions or sodium glucose link transport (SGLT).

Importance of the pump

↪ Glucose is the important substance to provide energy at every part of our body. Na - glucose pump is important for transporting glucose from extra cellular fluid to cytoplasm (intra-cellular fluid) of all the cells where glucose by splitting with special protein enzymes releases requisite amount of energy for the functioning of the body.

↪ Active transport is important in the functioning of kidney. Substances that the body need from the waste can be reabsorbed into the blood. Those are glucose, amino acids etc.