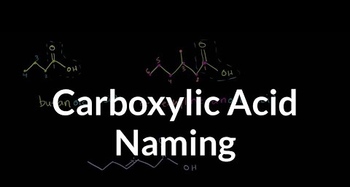 Carboxylic acids are named according to following systems:

1. Common System: Common name of carboxylic acids are given on the basic of the source from which they are obtained. For example, the name formic acid was given since it was first obtained by the distillation of red ants (Latin: Formica = ants). Similarly, the name valeric acid is given since it is naturally found in valerian plant, which is a perennial flowering plant and so on.

The positions of the substituents are indicated by the Greek letters- α, β, γ, δ, etc. The α– carbon is the one bearing the —COOH group, the next one as β and so on as:

2. Derived system: According to this system, some monocarboxylic acids are named as alkyl derivatives of acetic acid. 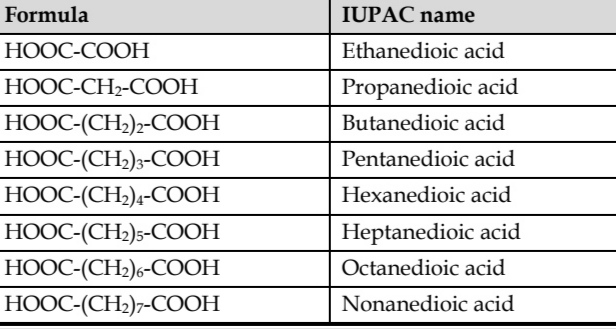