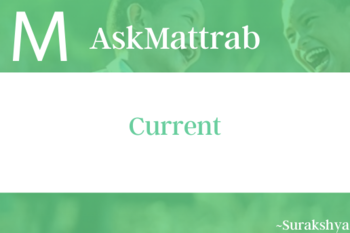 If the magnitude and the direction of current flowing in a conductor changes periodically, the current is called alternating current(or AC). A graph between current and time is shown in fig.