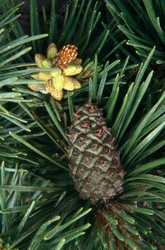 Pinus is a monoecious plant and bears male and female cones (strobilli) on different branches of same plant. 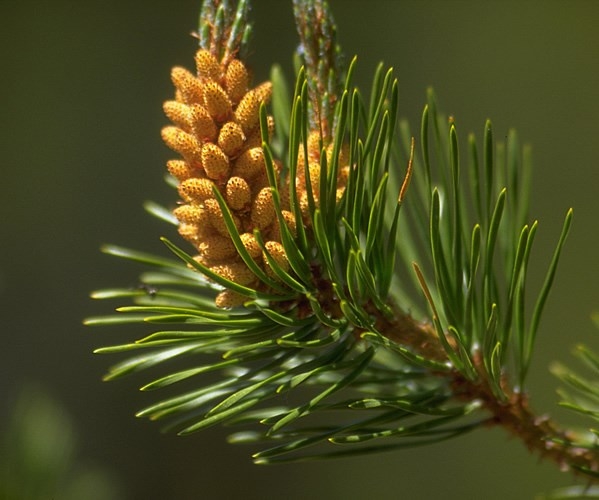 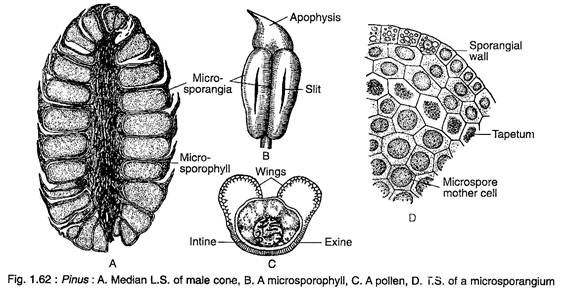 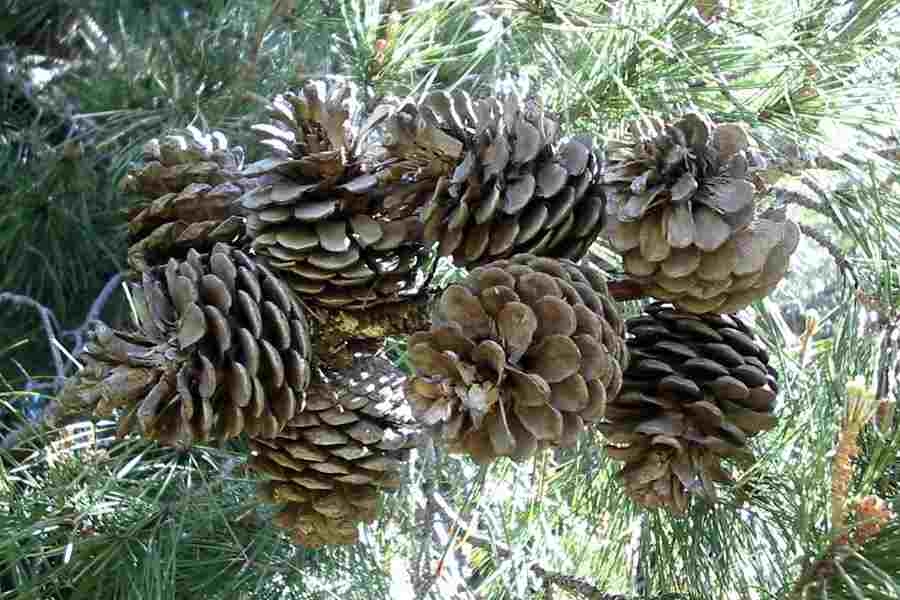 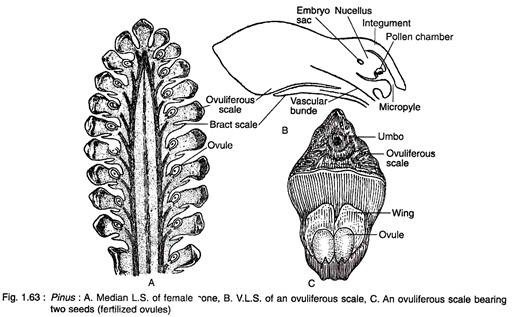 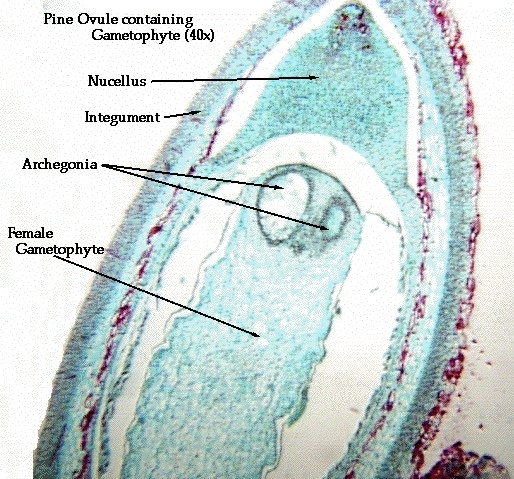 ﻿The pollination in Pinus is anemophilous type, i.e.the microspores are transferred from the pollen sacs to ovules by the means of wind. Each ovule oozes a small drop of colourless liquid through the micropyle called pollen drop. This pollen drops attract pollen which are then deposited in the nucellus in the pollen chamber.