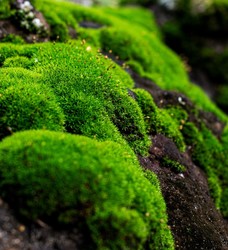 Bryophytes are the simplest, primitive, non-vascular plants which occupy apposition intermediate between algae and pteridophytes from evolutionary point of view.

2.       They complete their vegetative growth on land but require water for fertilization. Hence, they are called amphibians of the plant kingdom.

8.       In presence of water, fusion of antherozoid and egg results in formation of a diploid zygote (Oospore) which develops into a sporophyte.

The division bryophyte is divided into three classes. 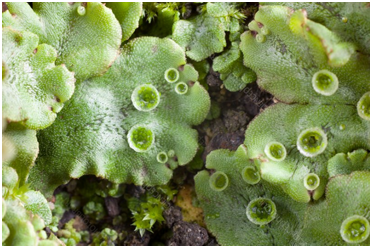 ·       The tip of each thallus bears an apical notch which represents the growing point. 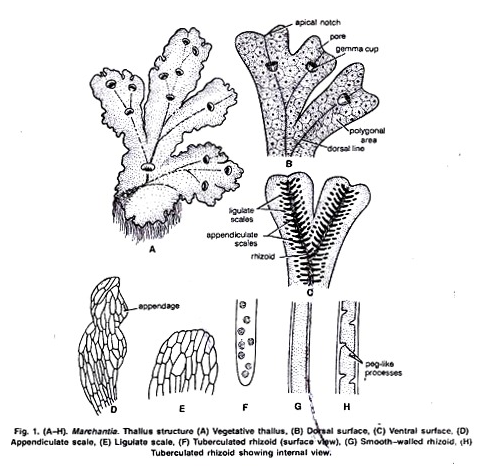 ·       The scales, which help in the retention of water, are also of two types: Ligulate (tongue shaped) and Appendiculate (with an appendage on the tip). 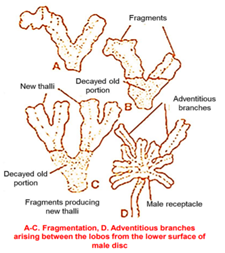 ·       By fragmentation: As the process of death and decay starts from the posterior end and reaches the point of dichotomy, two apical parts of thallus separate to grow into a new plant.

·       By gemma: A gemma is a modified bud of the tissues that develops on the dorsal surface of the thallus. It detaches from the parent at maturity and develops into new thalli. 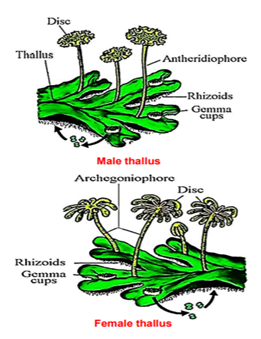 Sexual reproduction in Marchantia is oogamous. All species are dioecious. Male reproductive bodies are known as antheridiaand female as archegonia. Antheridia and archegonia are produced on special, erect modified lateral branches of thallus called antheridiophore and archegoniophore, respectively.  Antherozoids are present in the antheridium while the archegonium consists of several neck canal cells, a venter canal cell and an egg.

Water is needed for fertilization. The neck canal cells and the ventral canal cell disintegrate and form a mucilaginous mass, which oozes out as the archegonia swells after absorbing water. It consists of chemical substances, which triggers the chemotactic response. The mature antheridium dehiscence and antherozoids are set free. They get attracted and swim towards archegonia. One of the antherozoids fuses with egg and fertilization takes place. The male and female nuclei fuse together to form a diploid cell called the zygote. The zygote formation ends the gametophytic phase and represents the first stage of the sporophytic generation.

The diploid zygote does divides mitotically and develops into a multicellular structure called the sporophyte. The sporophyte is differentiated into foot, seta and capsule. It is not the free-living stage, it is dependent on the gametophyte for nourishment. Some of the cells of sporogenous tissue called spore mother cells (diploid) divide meiotically to produce haploid spores. These haploid spores are released by the dehiscence of the capsule. Under favourable conditions, they germinate to form the new haploid plant or gametophyte. 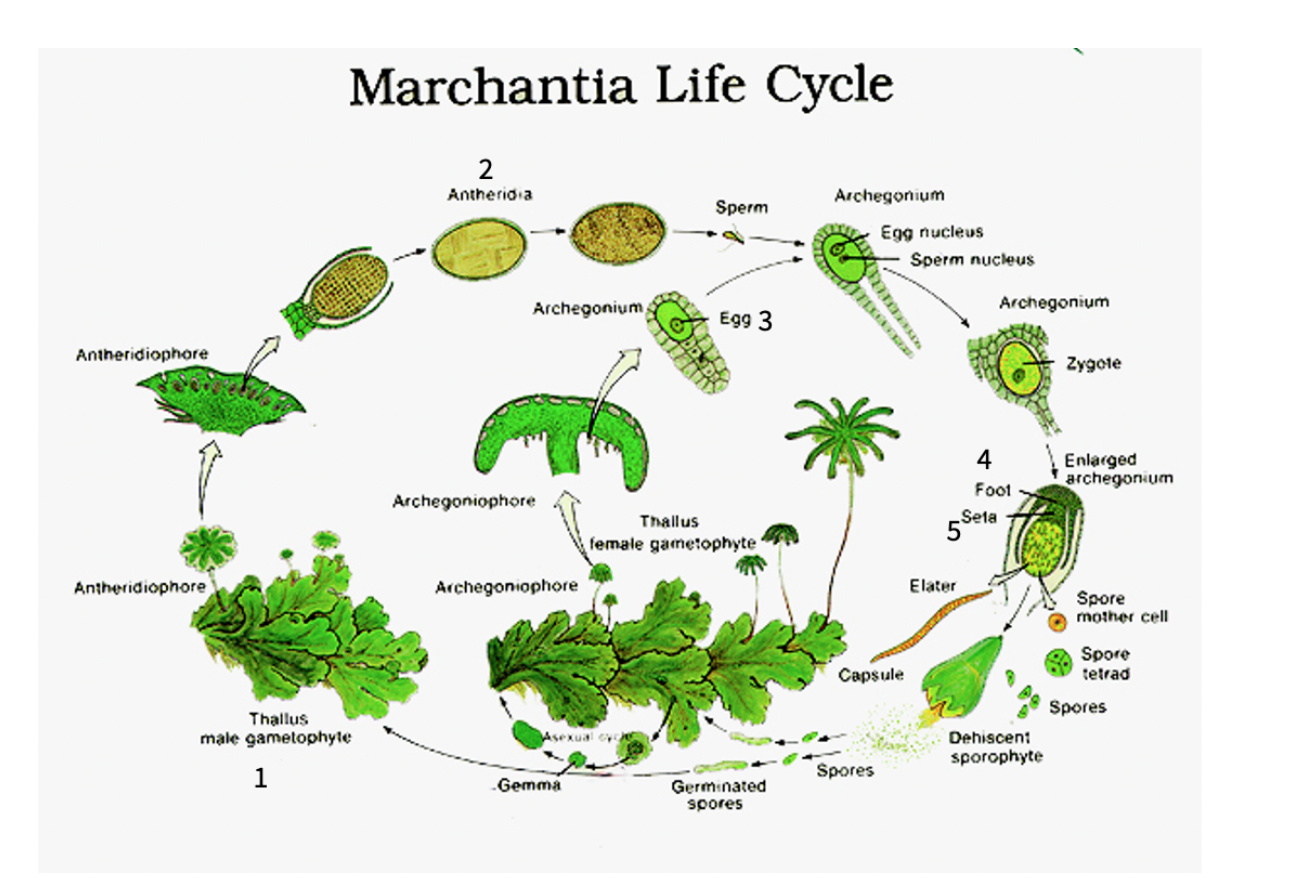 ·       Soil formers: Mosses grow in rocks, where their death and decay help in soil formation.

·       Food: Bryophytes are a source of food for birds and mammals inhabiting cold regions.