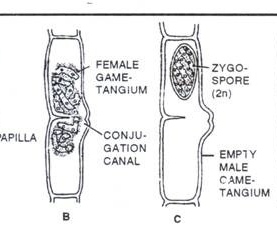 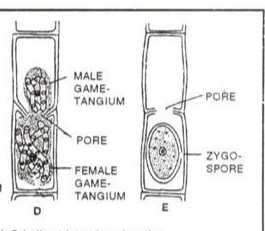 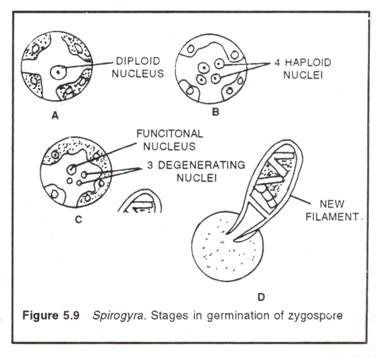 ﻿Zygospore is formed by the fusion of male gamete and female gamete. It is cylindrical, circular and ellipsoidal structure and dark brown in colour. It is composed of three layers I.e. exine, mesine and intine.

Prior to germination, the diploid nucleus of zygospores divide meiotically to form four nuclei. Three of them disintegrate leaving only one functional nucleus. The zygospore having single haploid nucleus germinates to form a germ tube. The germinating tubes divide and give two cells- lower hyaline rhizodal cell and upper green divides repeatedly to form new filament of Spirogyra.