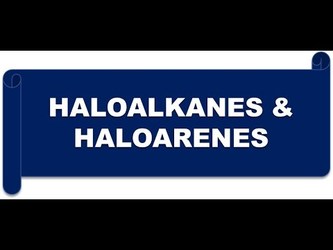 Haloarenes are the chemical compounds containing arenes, where one or more hydrogen atoms bonded to an aromatic ring are replaced with halogens. The nature of the C-X bond depends on both the nature of carbon in the aromatic ring and the halogen attached. Halogens are generally denoted by “X”.

Salient Points on the Nature of C-X Bond in Haloarenes are: