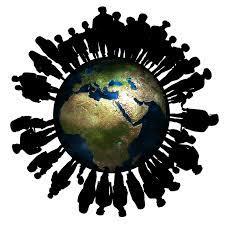 It is referred to as a  group of individuals belonging to the same species occupying a certain area at a certain time.

The study of this is termed Demography.

Population dynamics:  It is the scientific study of changes in features of a population.

1.Population density:   for a population, we can get density by simply dividing the number of people by the area they are residing in.

This will give the idea of the total individual per unit area.

2. Natality:   for a population, we can have a rate at which individuals are born per unit time called natality.

This will let us know how many individuals were born per 1000 individuals.

3. Mortality:  no individuals of any population can perish till eternity. They will die sooner or later. So, this is also a characteristic phenomenon for the population.

So, it can be calculated as below.

This provides us with a death rate per 1000  individuals.

4. Immigration:  the arrival of individuals into a population for permanent settlement.

This leads to a rise in population.

5. Emigration: the outward movement of the individuals from the native place.

6. Crude population density. This is average number  of people per unit area.

7. Population explosion:  population may grow rapidly and unplanned causing this.

10. Maximum carrying capacity :  this is capacity of a certain area to support the maximum number of species throughout the population.

11. Biotic potential:  this is the physiological capacity of the organisms to produce offspring. this is influenced by environmental factors like food availability, infectious disease.

The growth rate of any population of a particular place can be based on the count of decrease, increase or remain constant number at a given time.

Y-axis to give population curves.

They differ as follows :

This theory is based on the following facts :

Birth control  can be explained as follows :

Coitus  must e done calculating safe period if you are not opting for the child.

This is withdrawing penis out of vagina  just before ejaculation to prevent insemination.

This method is frustrating as ejaculation time is the time of plateau .

So escape chance is just around 30%.

Condoms for men and diaphragm for women is used as a barrier during coitus to prevent any chance of insemination.

Potassium permanganate, zinc sulphate, lactic acid are used to prevent conception.  In Nepal, Kamal chakki is a famous chemical for this.

Derivatives of estrogen and progesterone are used to trick the hypothalamus so that it stops FSH and LSH  secretion; which stops ovulation and eventually pregnancy.

6. IUCD (Intra Uterine contraceptive devices ) like  Copper T In the uterus. but this is less used d due to medical complications.Even this is a permanent control method.