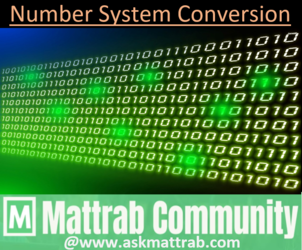 # Whole Number Conversion1. Divide the Decimal Number by 16 till the time it is divisible.2. Note the remainders during successive division.
If remainder ranges from 10-15 then, write it's corresponding hexadecimal value from here.3. Write the remainders from the bottom(MSD) to the top(MSD).The remainder listed in order as mentioned in step 3 is the equivalent Hexadecimal number of given Decimal Number.Example:

1. Convert the non-fractional part by the method shown above.

2. For fractional part, multiply the numbers after decimal(.) by 16.

3. Continue the multiplication unless you get the part after decimal as 0.

5. The integral values that come from each successive multiplication are written in top-down approach.

The written integral part (from step 5) is the equivalent value of fractional part in Hexadecimal fraction.
Example: