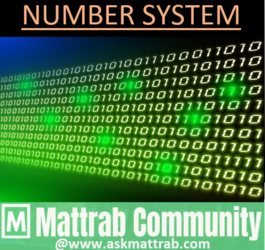 # Positional Number System
➤ This type of number system has a definite positional weight/value. The value of number depends upon the position they are placed in.