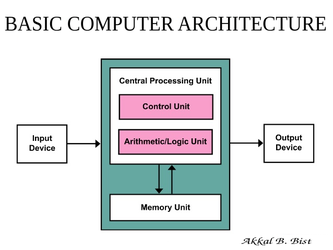 ﻿﻿Overview: ﻿ A system is a collection of elements or components that are organized for a common purpose. The systematic use of computer hardware, software and firmware  is known as computer system.

﻿The systematic use of computer hardware, software and firmware  is known as computer system. It describes the arrangement of Input unit, Processing unit, Output unit, software system , control panel, users and power supply to the computer system.

﻿A  computer system performs the following basic operations to solve any task.

Input :  Gathering data and communicating the data to the computer.

Output :    Displaying the data once it has been processed.

Storage :  Storing the results of processing so that they can be used at a later time.

Input Devices of a computer are used for receiving data and instructions and communications. The input can be in the form of text, programs, commands and user responses. The devices that collects the input and sends it to computer is called an input device.   Input devices include keyboard, web camera, scanners, pointing device, digital camera , audio and video input devices.

﻿﻿Central Processing Unit (CPU ) is the main information processor in a digital computer capable of executing a program. It processes the raw data an turns it into information. The CPU serves as a "brain" of the computer. The speed of CPU is measured in Mega Hertz (MHz). It consist of three parts : 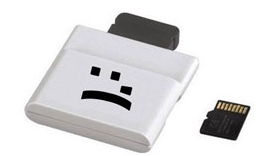 It is a part of Central Processing Unit (CPU) where all the given instruction, data and the results are stored during processing period. By using the unique address we can identify the locations of memory. There are different types of memory among them popular are RAM  (Random Access Memory), ROM (Read Only Memory). Memory refers to the electronic holding place for instructions and data where the computers microprocessors can reach quickly. Computer needs memory to store the data and process them.

It is the supplements of the main memory. It is manually used to transfer data or program from one computer to another. It also function as back up devices which allows  backing up the valuable information that you are working on i.e. storing data for future purpose. The most common types of auxiliary storage devices are magnetic tapes, magnetic disks, floppy disks, hard disks etc.

ALU is a fundamental building blocks of the Central Processing Unit (CPU) of a computer.  It is one of the very important parts of the CPU. The primary task of the ALU is to perform various arithmetic and logical operations of the program. It contains accumulator, temporary register, logical and arithmetic circuits.  It is a digital circuit that performs all arithmetic computations, such as addition and multiplication, and all comparison operations.

Output devices is any peripheral devices that receives or displays output from a computer. Output is any computer-generated information displayed on screen or printed on paper. It can be in the form of words, numbers , graphics, sounds, videos and animations. There are two types of output : soft output and hard output. Soft output is the output that displays on monitor and hard output is printed on the paper.