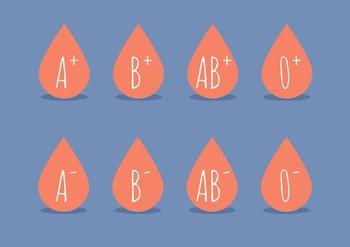 Blood of human beings differs in certain aspects though it appears to be similar. Various types of a grouping of blood has been done. Two such groupings,  the ABO and Rh – are widely used all over the world.

ABO grouping is based on the presence or absence of two surface antigens (chemicals that can induce immune response) on the RBCs namely A and B. Similarly, the plasma of different individuals contain two natural antibodies (proteins produced in response to antigens). The distribution of antigens and antibodies in the four groups of blood, A, B, AB and O are given in table: 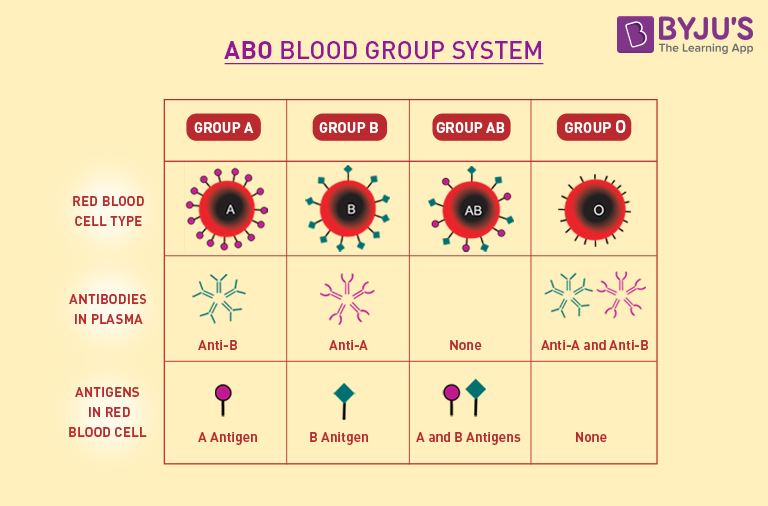 2. Rh grouping
Another antigen, the Rh antigen similar to one present in Rhesus monkeys (hence Rh), is also observed on the surface of RBCs of majority (nearly 80 per cent) of humans. Such individuals are called Rh positive (Rh+ve) and those in whom this antigen is absent are called Rh negative (Rh-ve). An Rh-ve person, if exposed to Rh+ve blood, will form specific antibodies
against the Rh antigens. Therefore, Rh group should also be matched before transfusions. 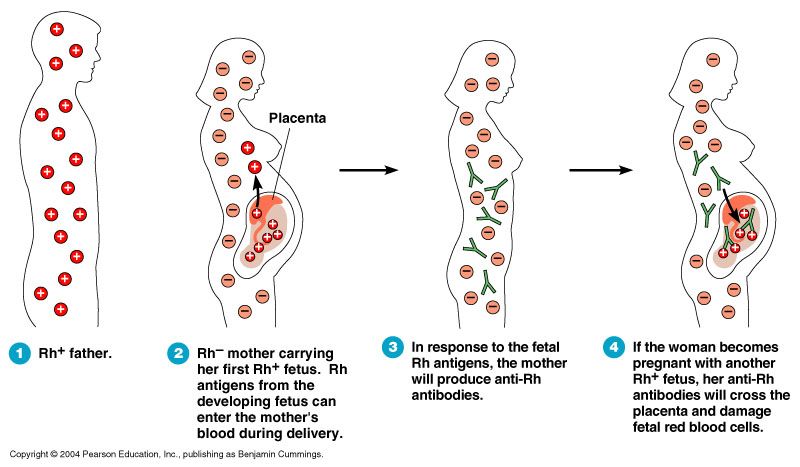 A special case of Rh incompatibility (mismatching) has been observed between the Rh-ve blood of a pregnant mother with Rh+ve blood of the foetus. Rh antigens of the foetus do not get exposed to the Rh-ve blood of the mother in the first pregnancy as the two bloods are
well separated by the placenta. However, during the delivery of the first child, there is a possibility of exposure of the maternal blood to small amounts of the Rh+ve blood from the foetus. In such cases, the mother starts preparing antibodies against Rh antigen in her blood. In case of her subsequent pregnancies, the Rh antibodies from the mother (Rh-ve) can leak into the blood of the foetus (Rh+ve) and destroy the foetal RBCs. This could be fatal to the foetus or could cause severe anaemia and jaundice to the baby. This condition is called erythroblastosis foetalis. This can be avoided by administering anti-Rh antibodies to the mother immediately after the delivery of the first child.

Mechanism of inheritance of blood group

Bernstein discovered that the ABO blood grouping is an inherited characteristics which involves multiple allelism. Three allelic genes Ia, Ib and i control the inheritance of these blood groups in all human population. 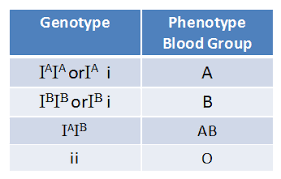 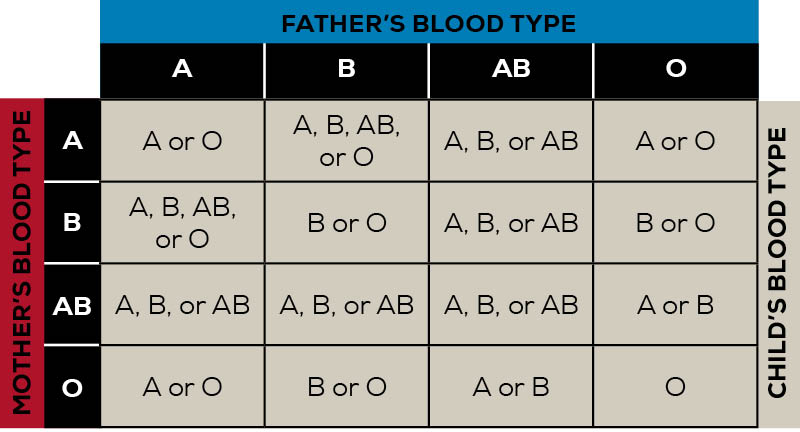 4. Haemolytic disease of the newborn

5. Determination of paternity in medico-legal cases.