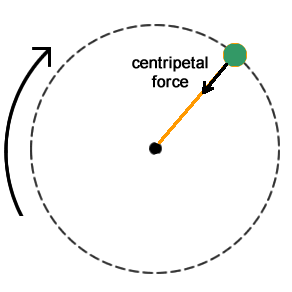 ↪ Centripetal force is a force acting on an object in circular motion so that it remains accelerating toward the center of the circle.

↪ Suppose an object of mass m is moving in a circle of radius r and center O at a constant linear velocity v and angular velocity ω.
↪ Suppose the object moves from point A to point B so that it describes an angular displacement θ about O.
↪ Since the object moves at constant speed, its speed at point A is v directed along the tangent AA" and its speed at point B is v directed along the tangent BB". 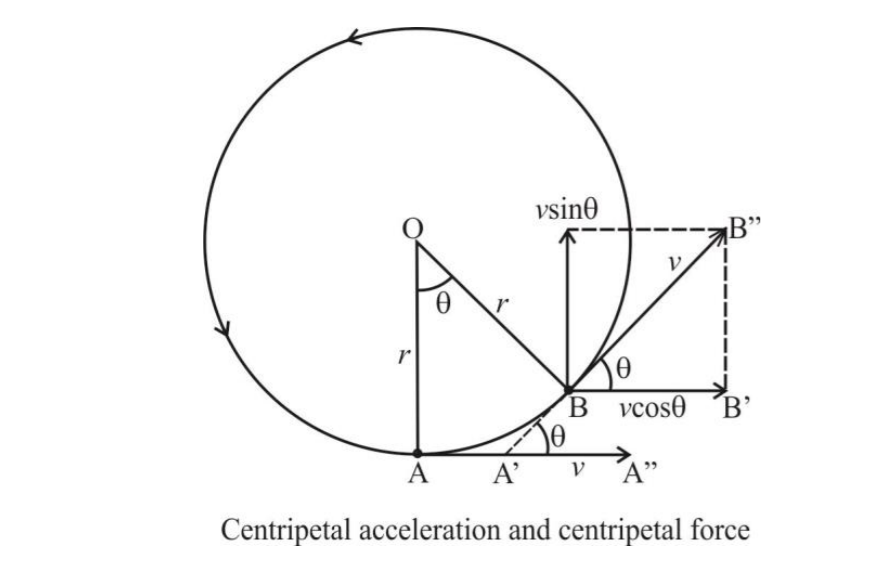 If the object in the circle takes a small time ∆t = t to bring the change in the velocity ∆v along AO, then the acceleration along AO,

↪ This is the centripetal acceleration because it is directed toward the center of the circle.
From F = ma, we have, 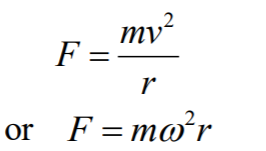 ↪ This is the centripetal force.