Group ,its axiom and types 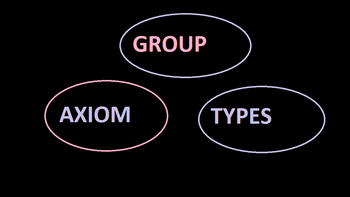 ﻿An algebraic structure (G,*) , where G is a non- empty set with an operation '*' defined on it, is said to be a group  , if the operation * satisfies the following axioms.