Motion of electron inside electric field

Let us consider an electron of charge e and mass m moving with uniform velocity v along horizontal. Now the electron enters inside the vertical electric field then it gets deflected (gains force). If E is the electric field, then force experienced by electron is: -

Due to this force, it deflects and moves in curve path inside the field. If a is the acceleration produced on the electron, then from Newton’s second Law of Motion, 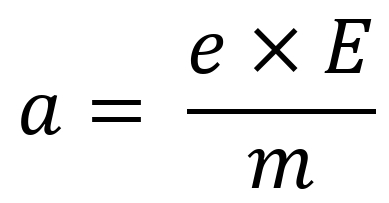 If V and d and potential difference and distance between the plates (electrodes) respectively then; 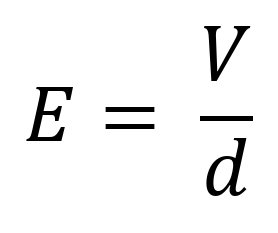 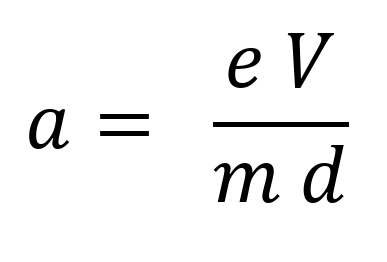 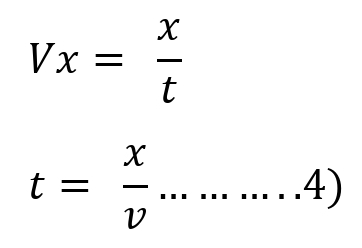 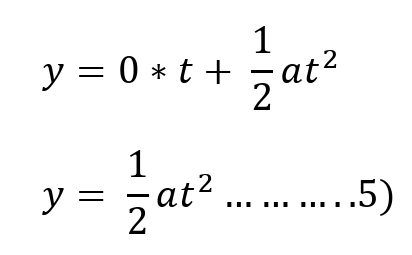 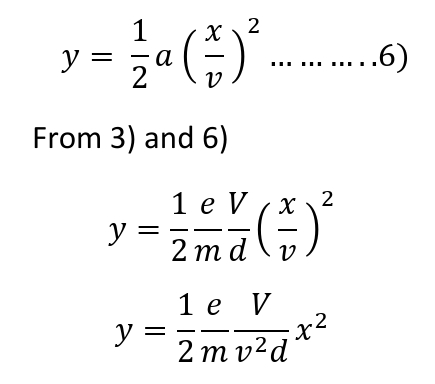 This equation is in the form of parabola i.e. y = k x2 ( k is a constant). Hence, the electron moves inside parabolic path in the electric field.