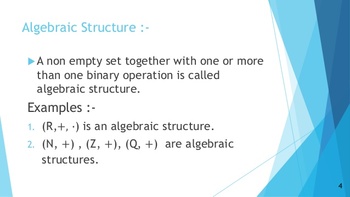 An algebraic structure consisting of a set G under an operation * on G, and  denoted by(G,*), may enjoy one or more of the following characteristics :