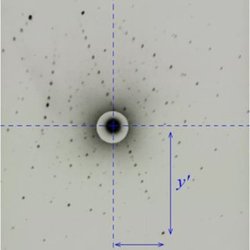 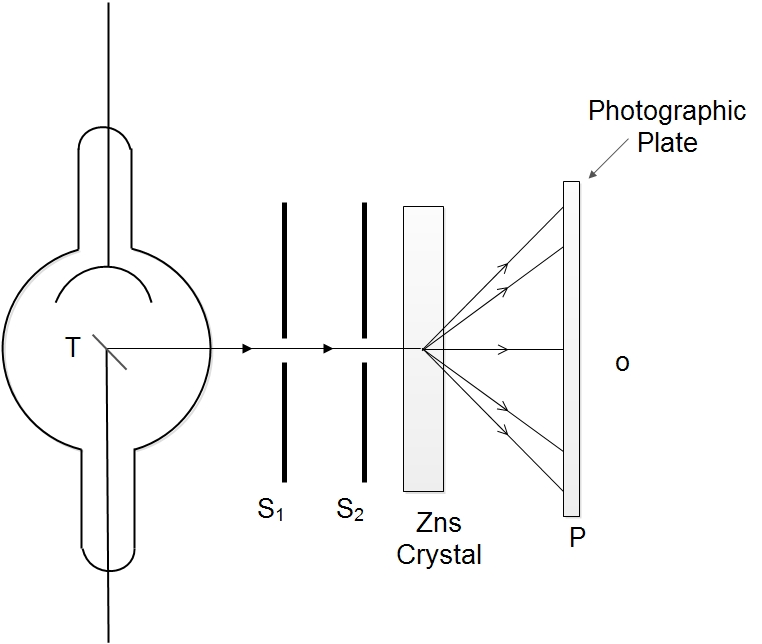 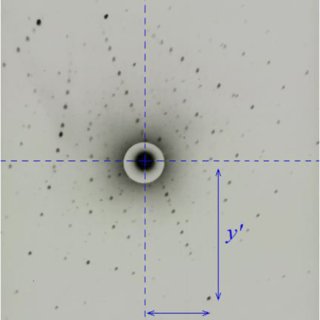 In 1913 Laue experimentally showed the diffraction of X-rays through a crystal. The experimental arrangement is shown in the figure. T is a source of X-rays which gives X-ray beam of continuous range of certain wavelengths. A narrow beam of X-rays from the X-ray tube is collimated by two slits S1 and S2 and is passed through a zinc sulfide crystal and allowed the emerging beam to fall on a photographic plate as shown in the figure (b). After an exposure of several hours and on developing the plate, many faint but regularly arranged spots around a central bright spot were observed on the plate as shown in fig.(b). These spots are known as Laue spots and is due to the diffraction on X-rays. From this experiment it was concluded that

1. X-rays are electromagnetic waves and

2. The atoms of a crystal are arranged in a regular three dimensional lattice.