The law of Diminishing Marginal Utility 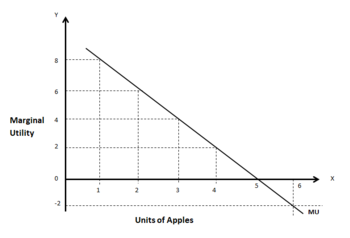 The law of diminishing marginal utility was first developed by a German economist Hermann Heinrich Gossen in 1854. It is also known as the first law of Gossen. This law was modified and popularized by Alfred Marshall. This law states that the marginal utility derived from the consumption of every additional unit of a commodity goes on diminishing, other things remaining the same.

According to Alfred Marshall," The additional benefit which a person derives from a given increase of his stock of a thing diminishes with every  increase in the stock that he already has."

This law says that the additional level of satisfaction goes on diminishing with every increase in units of consumption within the same period of time. When a consumer consumes more and more units of the same commodity, the successive level of utility diminishes.


This law can be explained with the help of the table below:

This law can be graphically explained with the help of the figure below. 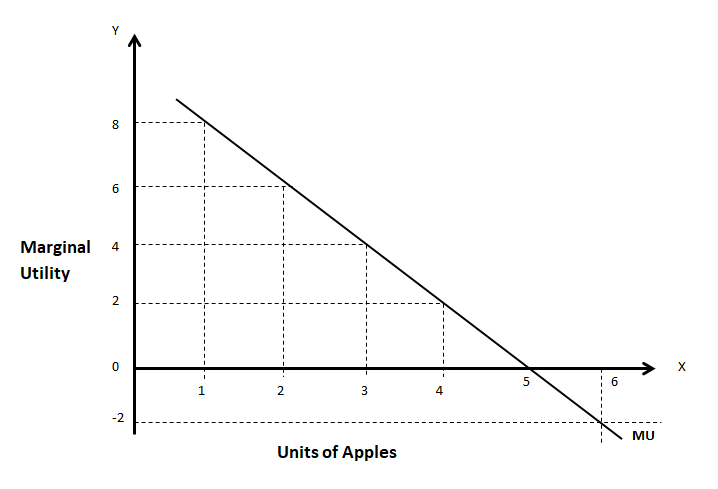