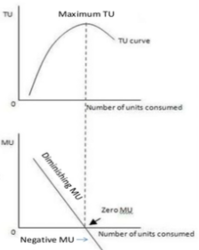 Total Utility:
It is the total  satisfaction derived from consumption of given quantity of a commodity at a given time. In other words, It is the sum total of marginal utility. 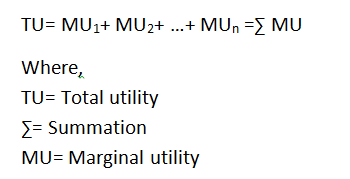 Marginal Utility:
It is the change in total utility resulting from the consumption of an additional unit of the commodity. In other words, It is the utility derived from each additional unit. 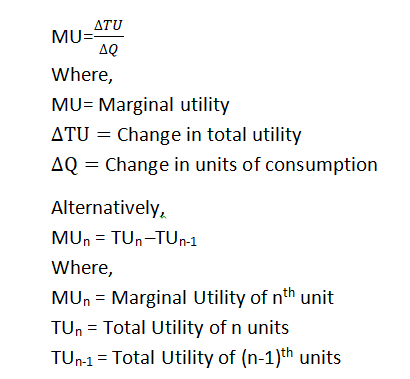 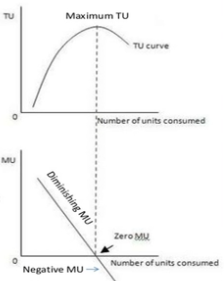