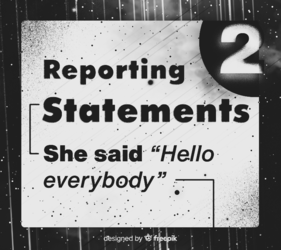 Reporting is basically the act of giving a spoken or written account of something that one has observed.

Now if you know about direct and indirect speech, it is used to describe an event that has already taken place, and it very often involves repeating what someone else has said.

﻿Direct speech is simply just repeating what the other person said in it's original form... for eg.


It is very often enclosed in double quotation marks.

Indirect speech is way of reporting what someone said in the past using your own words instead of what was originally used. eg :


---- Key terms ----
Using the example : Uraashna said  "I want to play" , below are some terms that separate the sentence into different parts : 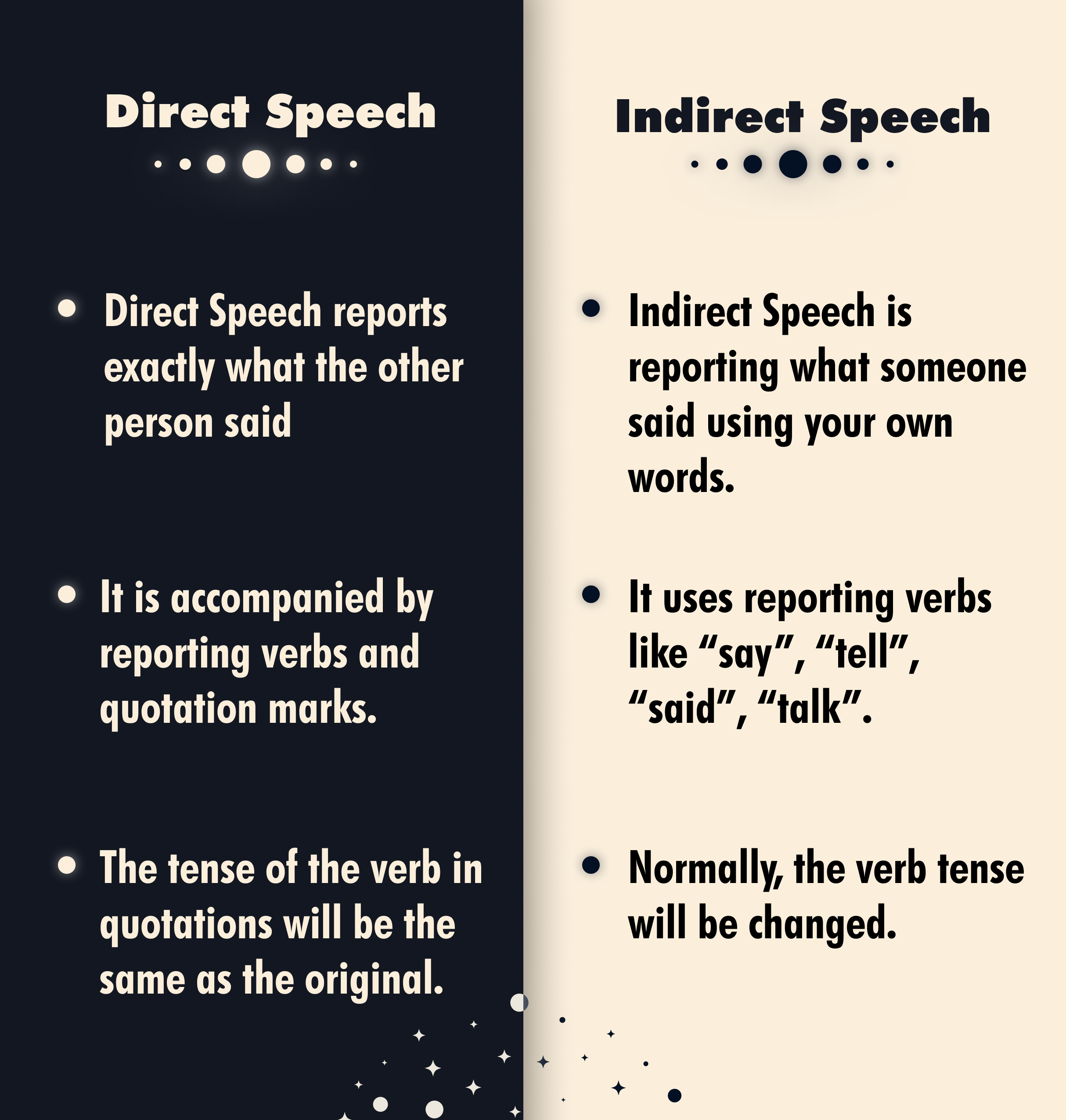 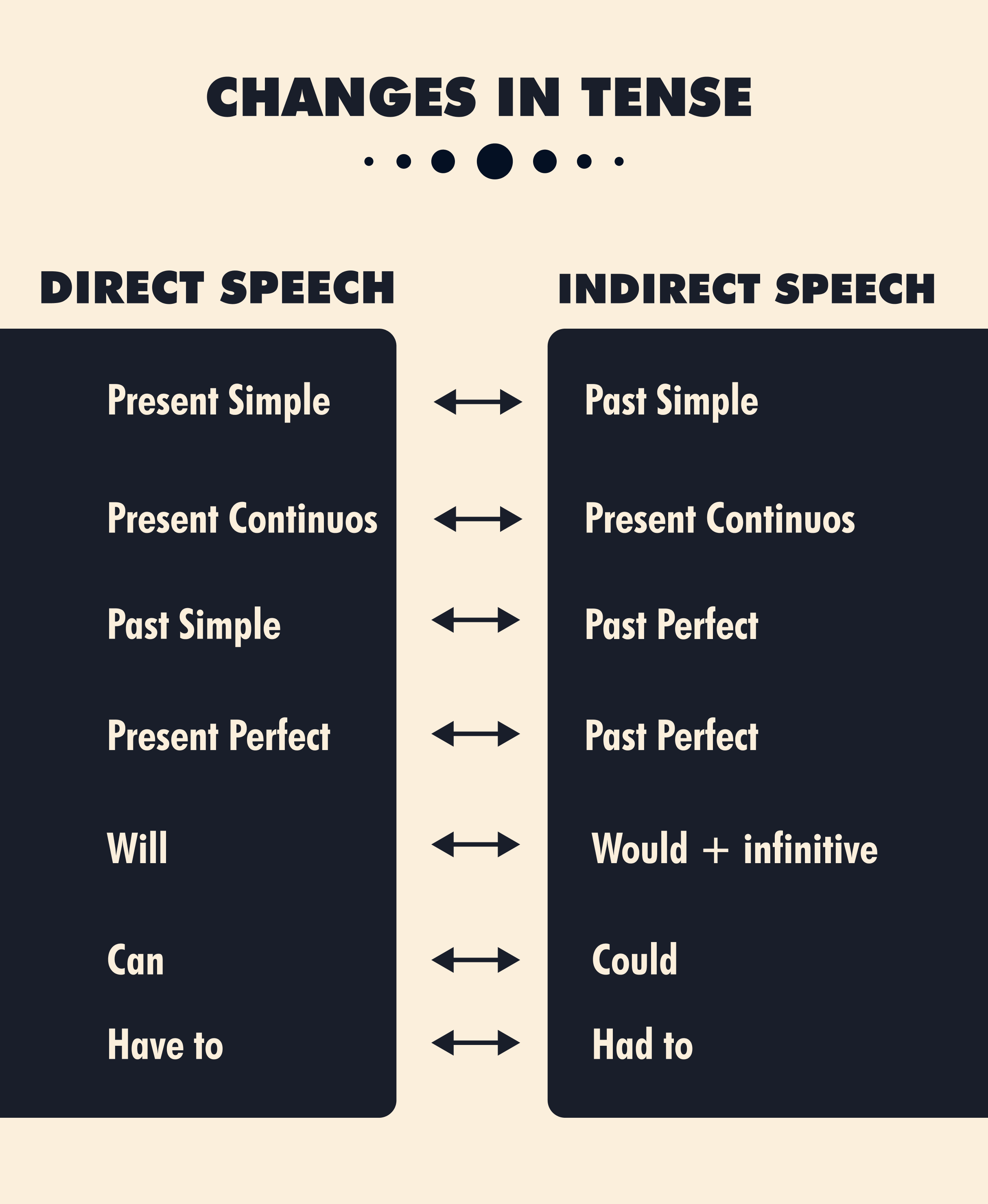