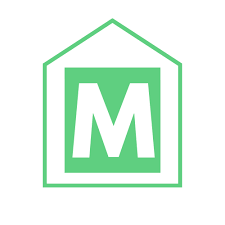 When two progressive waves of same amplitude and wavelength travelling along a straight line in opposite directions superimpose on each other, stationary waves are formed.

Let us consider a progressive wave of amplitude a and wavelength λ travelling in the direction of X axis.

This wave is reflected from a free end and it travels in the negative direction of X axis, then

According to principle of superposition, the resultant displacement is, 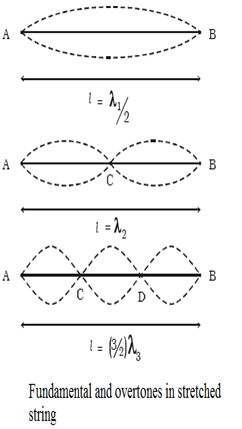 This is the equation of a stationary wave.

∴ A = + 2a. At these points the resultant amplitude is maximum. They are called antinodes as shown in figure.

∴ A = 0. The resultant amplitude is zero at these points. They are called nodes.

The  distance  between  any  two successive antinodes or nodes is equal to λ/2 and the distance between an antinode and a node is λ/4.