﻿(here the term n is read as muon) 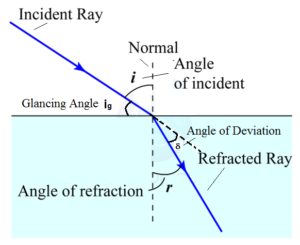 The incident ray, the refracted ray and the normal at the point of incidence all lie in the same plane.

This is called snell's law.

Where v1 and v2 are the velocities of light in the fist and the second medium respectively. 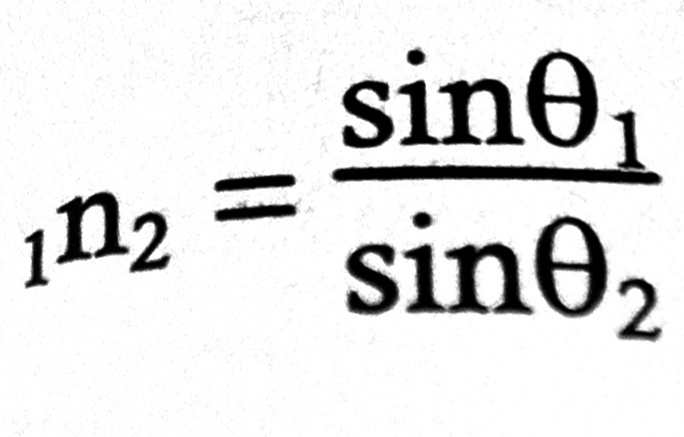 According to the principle of reversibility of light, it follows that a ray traveling along BO in medium 2 is refracted along OA in medium 1. Hence refractive index from medium 2 to medium 1, 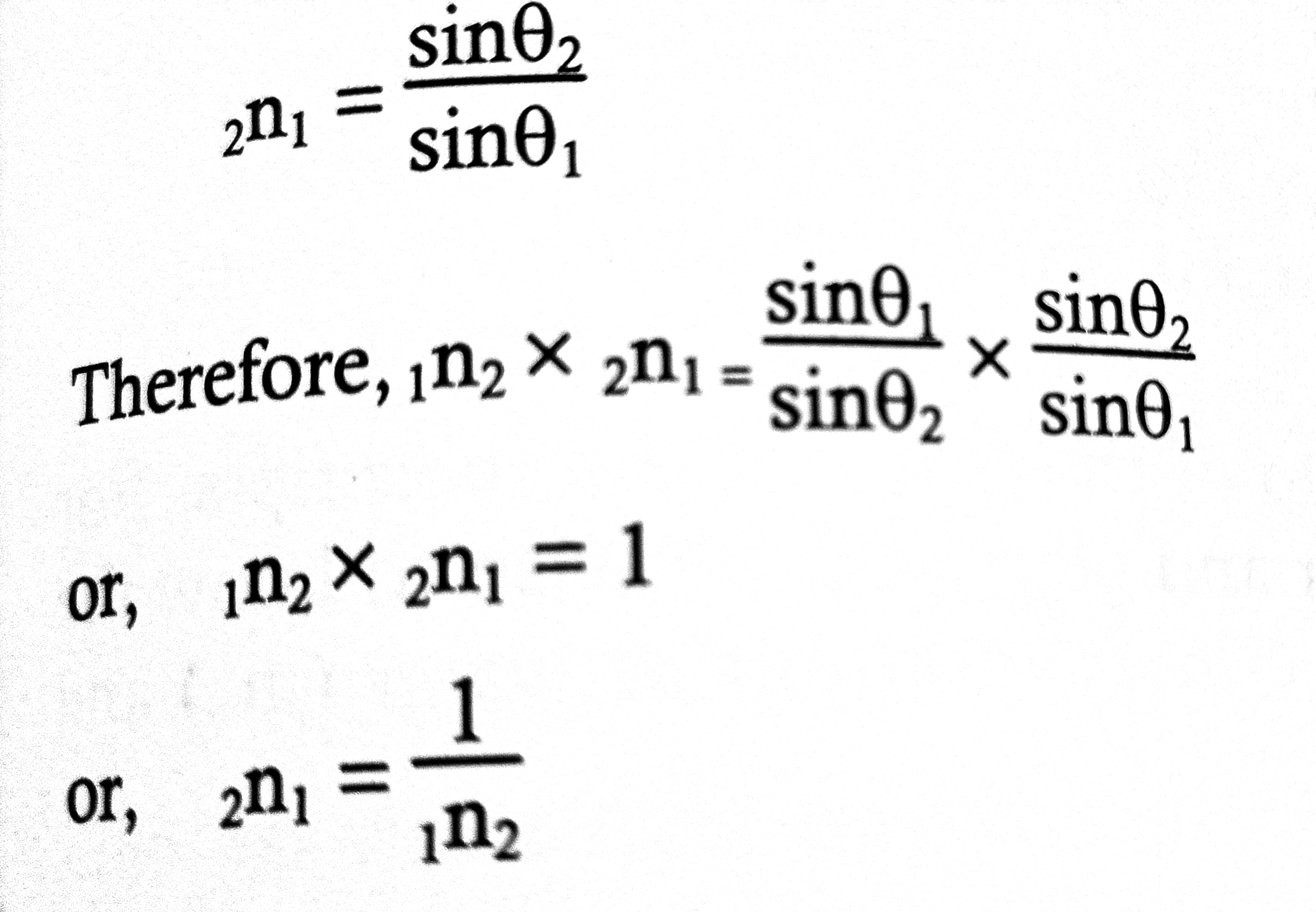 Thus, if medium 1 is air, medium 2 is water and the refractive index from air to water is 3/4 then that from water to air is 4/3.

2. A ray if light is traveling from medium 1 to medium 2 to medium 3 to medium 1. We consider air as medium 1, water as medium 2, and glass as medium 3. If the boundaries of the media are parallel, experiment shows that the emergent ray is parallel to the incident ray, although it is laterally displaced. Suppose the incident ray AB is refracted from the medium 1 into medium 2 along BC, from medium 2 into medium 3 along CD and from medium 3 into medium 1 along DE. Since AB and DE are parallel to eachother, the angle made by AB with normal at B is equal to the angle made by DE with the normal at D. Let us denote them by θ1. Let θ2 and  θ3 are the angles made by the respective rays in medium 2 and medium 3 with the normals at B and D respectively. 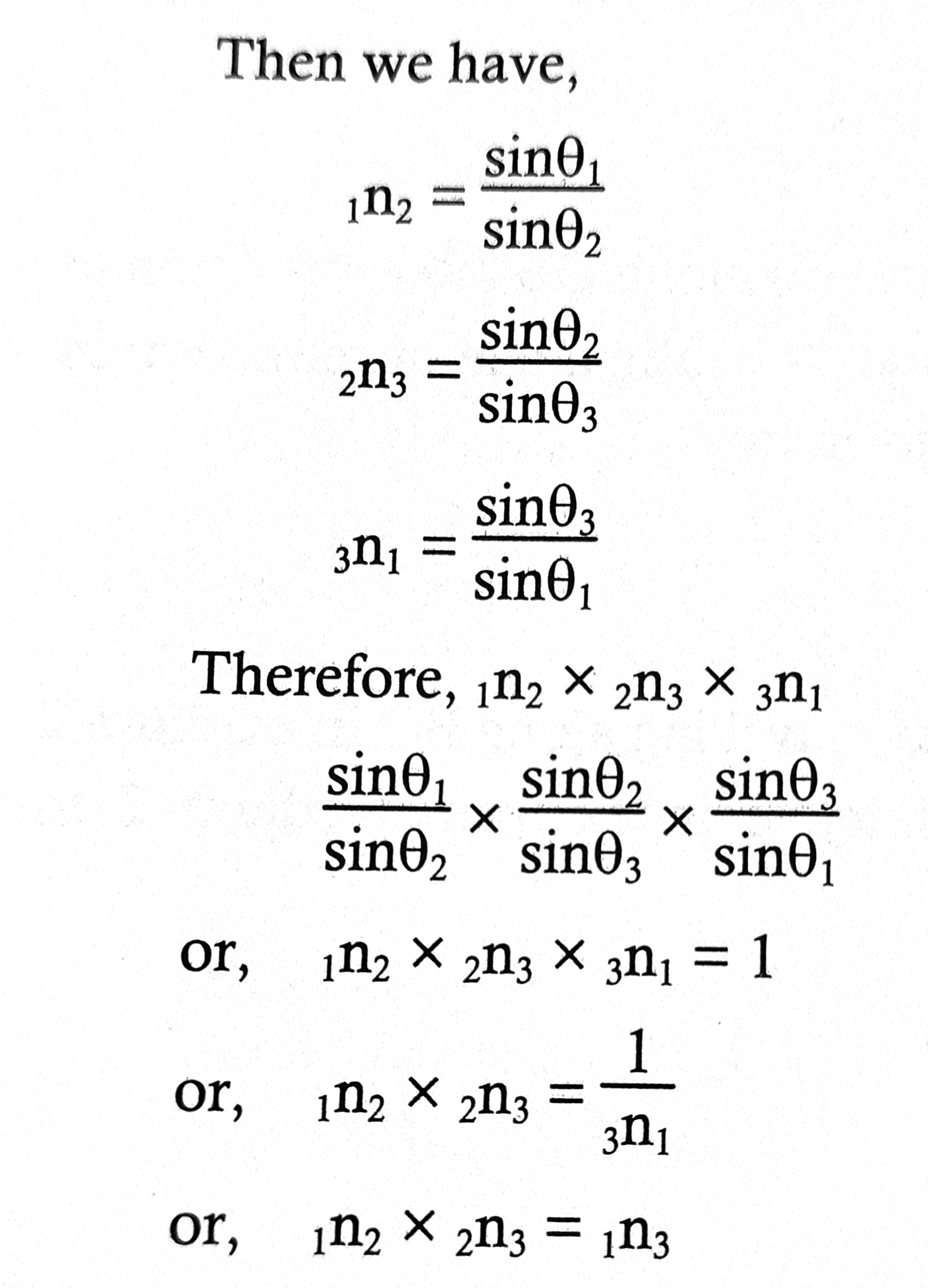 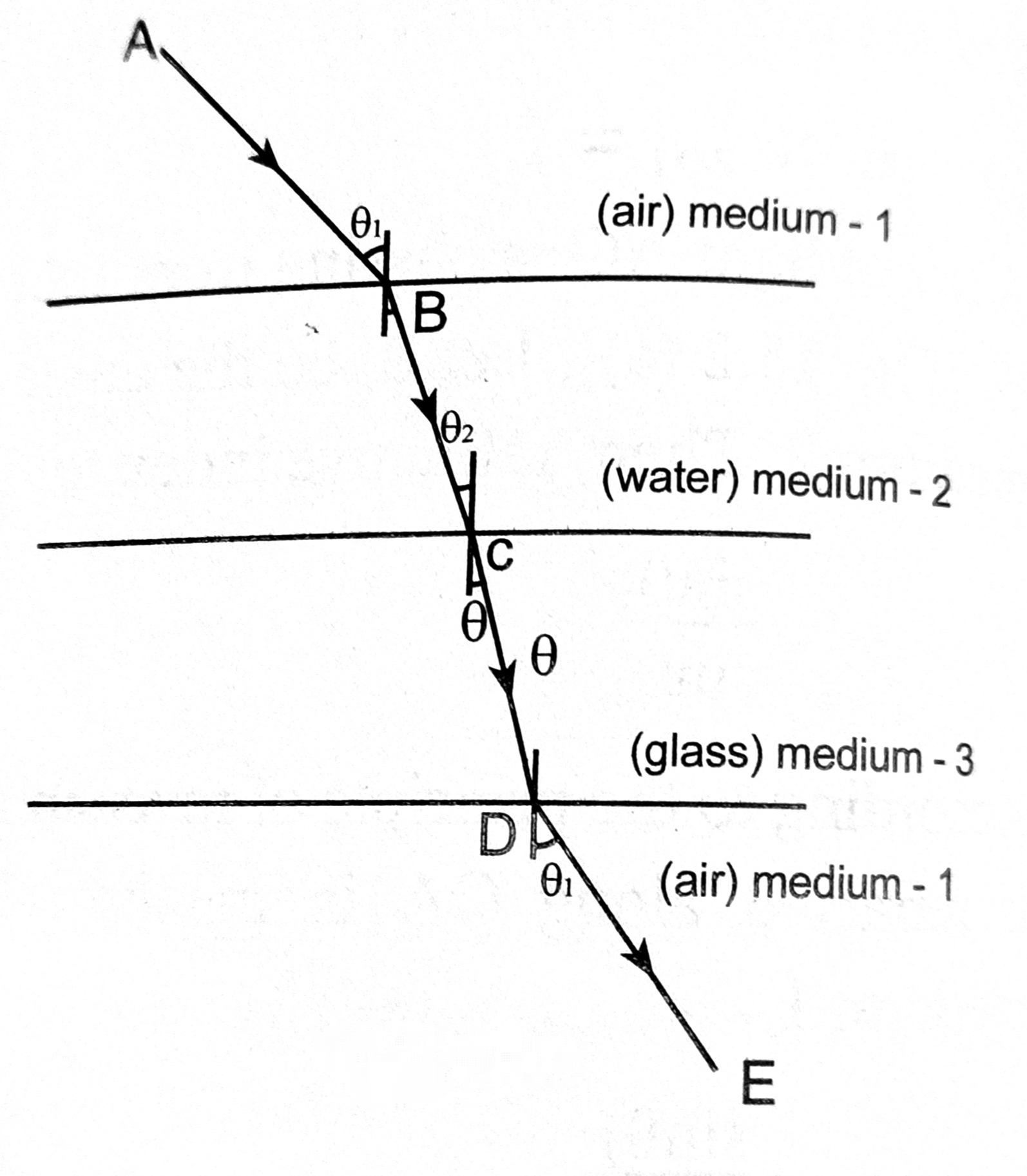 3. A ray of light AO is traveling from medium 1 to medium 2. It is refracted into the medium 2 along OB. Let θ1 and θ2 be the angles made by the rays AO and OB with the normal at O. From Snell's law, 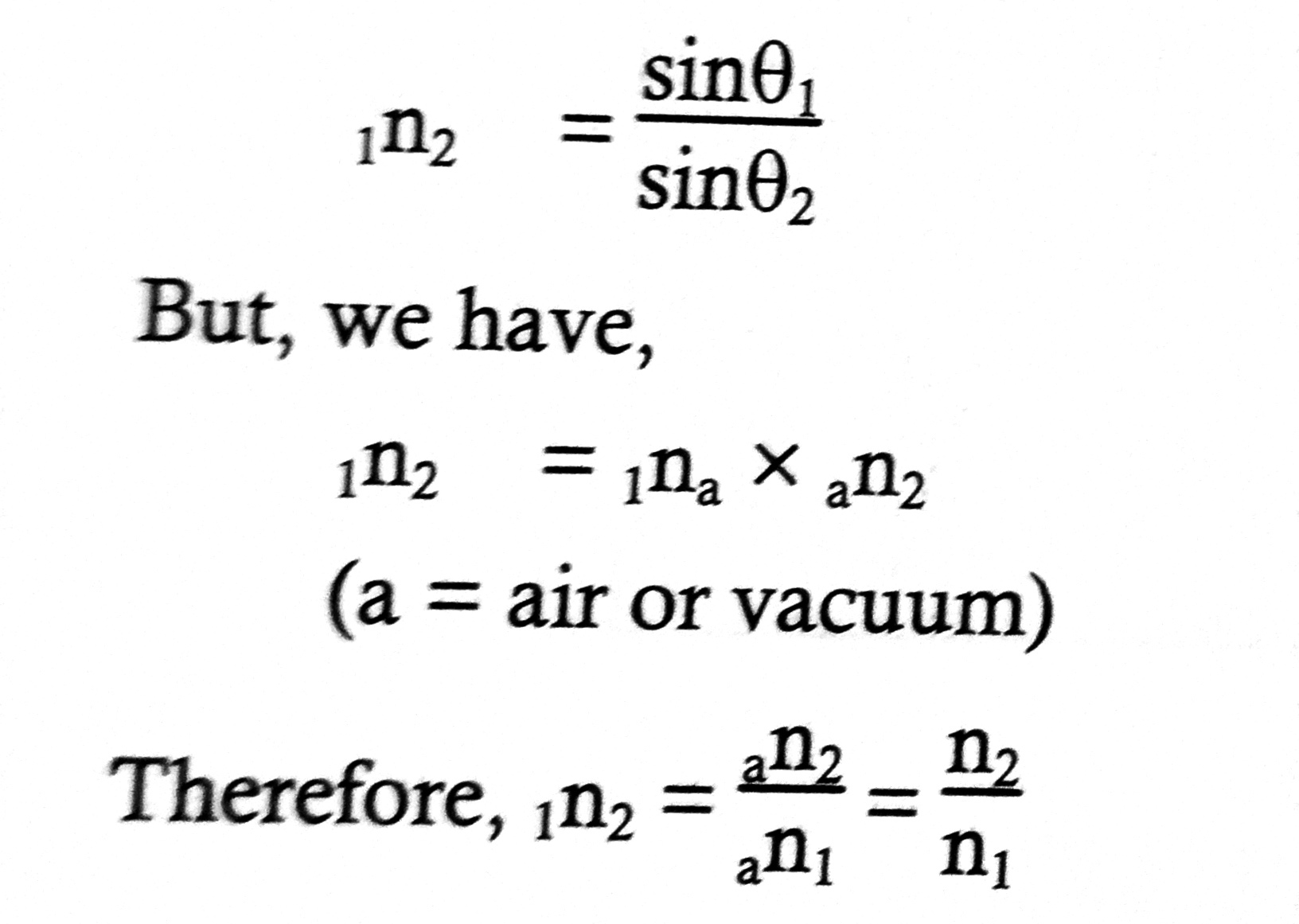 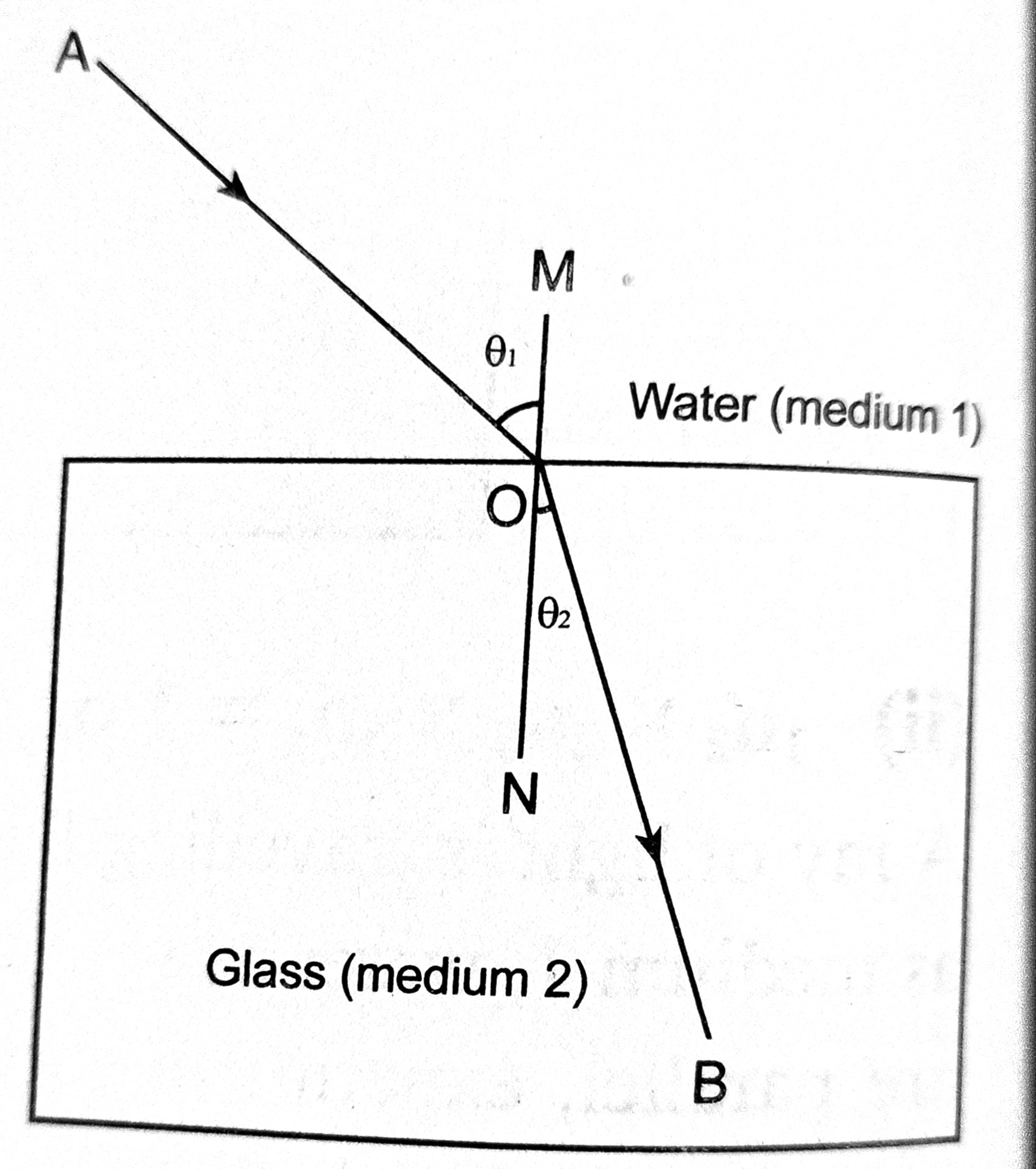 n1 and n2 are the absolute refractive indices of medium 1 and medium 2 respectively.

This relation shows that, when a ray is refracted from one medium to another, the boundaries being parallel,