Determinants of the Price Elasticity of Demand 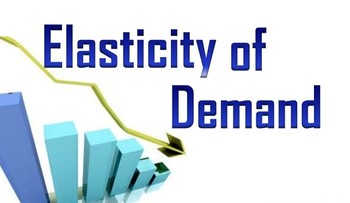 The price elasticity of demand for a commodity is determined by a number of factors which are as follow:
1. Nature of commodity:
The elasticity of demand of any commodity is influenced by its nature. A commodity for a person may be a necessity, a comfort or a luxury. The demand for necessities is inelastic. Commodities like food grains, vegetables, medicines are to be consumed for the survival. Hence, even when the prices of such goods increase, there is no change in their demand. In the case of comfort goods like Television, Fan, Cooler, etc. the Price elasticity of demand is high. This is because when the prices of comfort goods increase, consumers reduce or postpone the consumption of these goods. The other type of goods is luxury goods which have an inelastic demand. Such goods are generally consumed by the upper middle or upper-class people. Hence, increase in their prices doesn’t bring any change in their consumption.
2. Substitutes:
Demand for a commodity with large number of substitutes will be more elastic. The reason is that even a small rise in its prices will induce the buyers to go for its substitutes. For example, a rise in the price of Pepsi encourages buyers to buy Coke and vice-versa. Thus, availability of close substitutes makes the demand sensitive to change in the prices. On the other hand, commodities with few or no substitutes like wheat and salt have less price elasticity of demand.
3. Goods having several uses:
If the commodity under consideration has several uses, then its demand will be elastic. When price of such a commodity increases, then it is generally put to only more urgent uses and, as a result, its demand falls. When the prices fall, then it is used for satisfying even less urgent needs and demand rises.
4. Joint Demand:
There are jointly demanded such as car and petrol, pen and ink, etc. The elasticity of demand of the demand of the second commodity depends upon the elasticity of demand of the major commodity.
5. Income of the consumer:
Elasticity of demand for any commodity is generally less for higher income level groups in comparison to people with low incomes. It happens because rich people are not influenced much by changes in the price of goods. But, poor people are highly affected by increase or decrease in the price of goods. As a result, demand for lower income group is highly elastic.
6. Postponement of the consumption:
The goods whose consumption can be postponed in case of an increase in their prices like chocolates, air-conditioner, cars, etc. have an elastic demand while the goods whose consumption can’t be postponed like Life-saving drugs and other medicines have an inelastic demand.
7. Habits:
The demand for a commodity is inelastic if its consumption becomes a habit for the consumers. This is because the consumer continues the consumption of such commodities even when there is a rise in the prices of such commodities. For example- Alcohol, Cigarettes, Tobacco, etc.
8. Price Level:
The level of price also affects the Price Elasticity of Demand. Costly goods like Laptop, Plasma TV, etc. have highly elastic demand as their demand is very sensitive to changes in their prices. However, demand for inexpensive goods like Needle, Match box, etc. is inelastic as a change in prices of such goods does not change their demand by a considerable amount.
9. Time factor:

Price elasticity of demand is always related to a period of time. It can be a day, a week, a month, a year or a period of several years. Elasticity of demand varies directly with the time period. Demand is generally inelastic in the short period. It happens because consumers find it difficult to change their habits, in the short period, in order to respond to a change in the price of the given commodity. However, demand is more elastic in long run as it is comparatively easier to shift to other substitutes, if the price of the given commodity rises.

Thus, availability of close substitutes makes the demand sensitive to change in the prices. On the other hand, commodities with few or no substitutes like wheat and salt have less price elasticity of demand.
twelve economics Basic Concept of Economics and Allocation of Resources