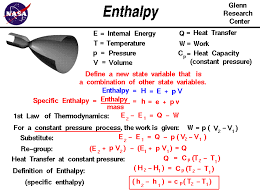 In order to study the law of thermodynamics it is essential to understand certain terms used in thermodynamics. These terms have definite meaning. So, the most commonly used terms are

A specific portion of matter under study which is isolated from the rest of the universe with a bounding surface is called a system.

The rest of the universe which might be in a position to exchange energy and matter with the system is called the surrounding.

Real or imaginary line which separates the system from surrounding is known as boundary.

A system which is uniform throughout i.e., it has the same chemical composition throughout the system is called homogeneous system. eg, mixture of gases.

A system which is not uniform throughout is called heterogeneous system. It consists of two or more phases which are separated form each other by definite boundary. a system consisting of liquid and its vapors.

Depending upon the boundary, thermodynamic systems are classified in following types:

A system which can exchange matter as well as energy with the surrounding ids called open system.

Hot Water in a beaker

A system that can exchange energy with the surrounding but not the matter is called a closed system.

A system which can neither exchange matter nor energy with the surrounding is called isolated system.

E.g. Hot water in a thermos

There are two types of observable properties of system, which are:

The properties which depend upon the amount of the substance present in the system are called extensive properties. For example, mass, volume, energy, work, internal enthalpy, entropy etc.

The properties which depend upon the nature of substance rather than the amount of substance are called intensive properties. For example– temperature, density, concentration viscosity, refractive index, surface tension, specific heat, pressure etc

A process in which although heat enters or leaves the system but the temperature of the system remains constant throughout the process is called isothermal process.

A process during which no heat enters or leaves the system during any step of the process is known as adiabatic process:

A process during which pressure of the system remains constant throughout the process is known as isobaric process.

A process during which volume of the system remains constant throughout the process is known as isochoric process.

For an isochoric process, dv = 0

A process during which system comes to its initial state through a number of different processes is called a cyclic process.

The first law of thermodynamics is simply the law of conservation of energy which states that “energy can neither be created nor destroyed although it can be converted from one form to another.”

The process which is carried out very slowly so that a changes occurring in the forward direction can be exactly reversed and the system remains in a state of equilibrium with the surrounding is called reversible process. It may be defined as a process which is conducted in  such a way that at every state driving force is slightly greater than the opposing force and which can be reversed by increasing the opposing force by an infinitesimal small amount.