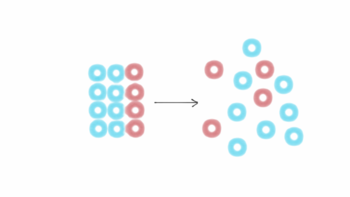 ﻿Entropy change for a phase transformation

The phase transformation of a substance is carried out reversibly at constant temperature and fixed pressure generally at one atmosphere.

The entropy change of melting is defined as

The entropy change of vaporization is defined as

The entropy change q sublimation is defined as

a is no of moles of A

b is no of moles of B

SA is entropy of A

SB is entropy of B

﻿The entropy of 1 mole of substance in pure state at 1 tm pressure and 25°C temperature is known as standard entropy. It is defined by a symbol S°.

Relation between enthalpy and entropy 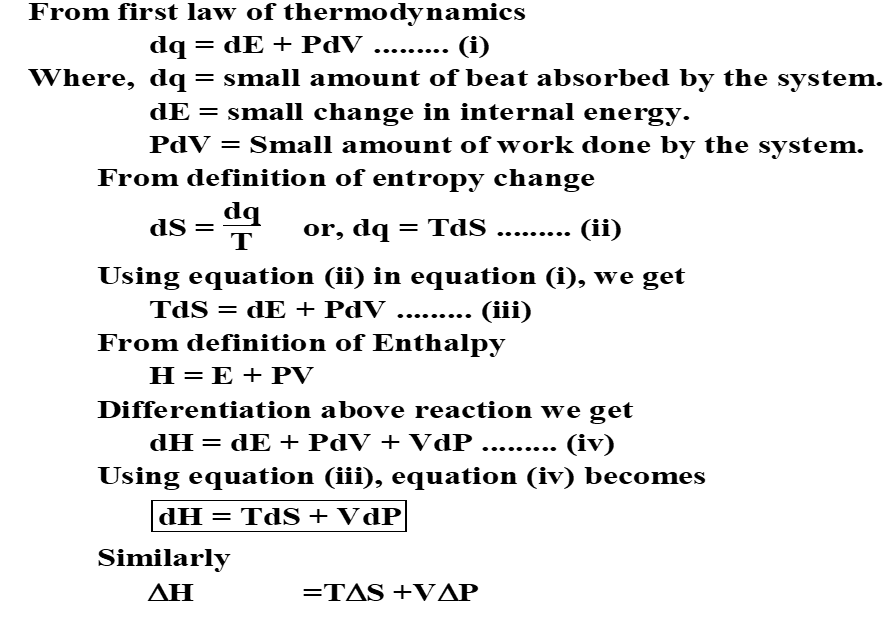 The energy which is used for doing useful work at constant volume and constant temperature is known as Helmholtz free energy. It is denoted by a symbol “A”.

Mathematically, it is defined as

Where, A2 = Helmholtz free energy of final state.

From first law of thermodynamics

From equation (v) we conclude that d decrease in Helmholtz free energy is equal to the maximum work done by the system. 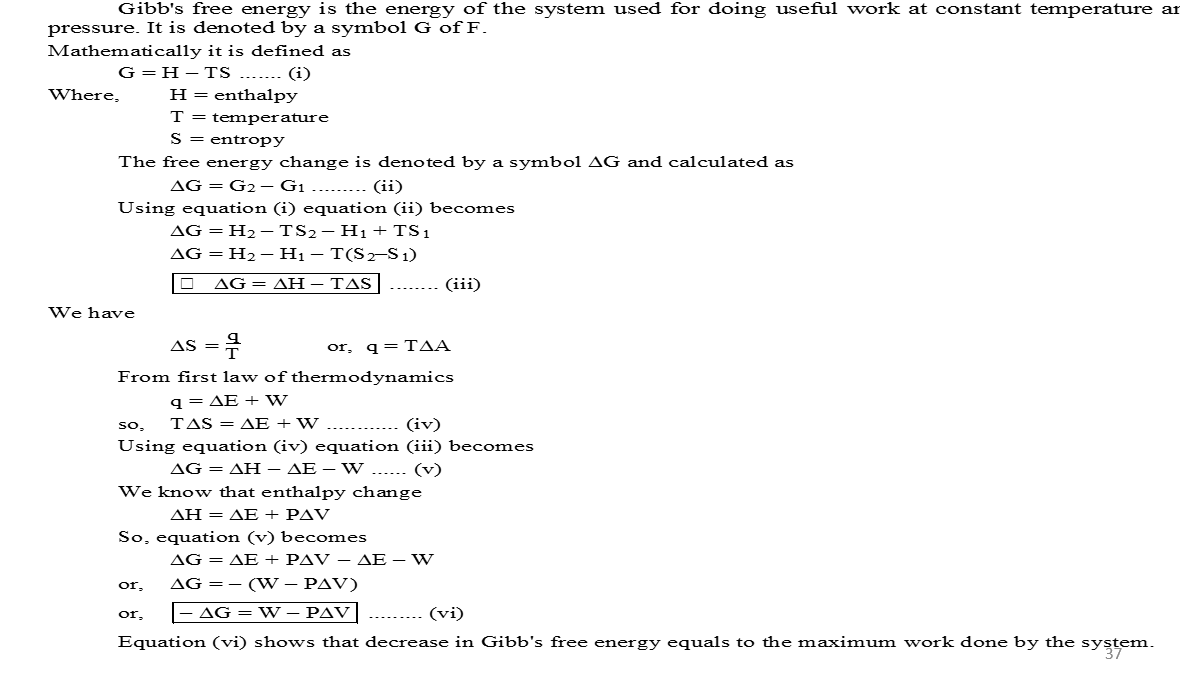 Criteria of spontaneity in terms of free energy and entropy

This equation combines in itself both the factors which decide the spontaneity of a process, namely

(b)   The entropy factors, TΔS

Depending upon the signs of ΔH and TΔS and their relative magnitudes, the following different possibilities arise:

a.      When both ΔH and TΔS are negative i.e., energy factor favors the process but randomness factor opposite it. (Exothermic process)

b.      When both ΔH and TΔS are positive i.e, energy factor opposes the process but randomness factor favors it. (Endothermic process)

c.      When ΔH is negative but ΔS is positive i.e., energy factors as well as the randomness factor favour the process will be highly spontaneous and ΔG will be always negative.

d.      When ΔH is positive but ΔS is negative i.e energy factor as well as the randomness factor oppose the process. The process will be highly non spontaneous and ΔG will be always positive. ( Endothermic process) 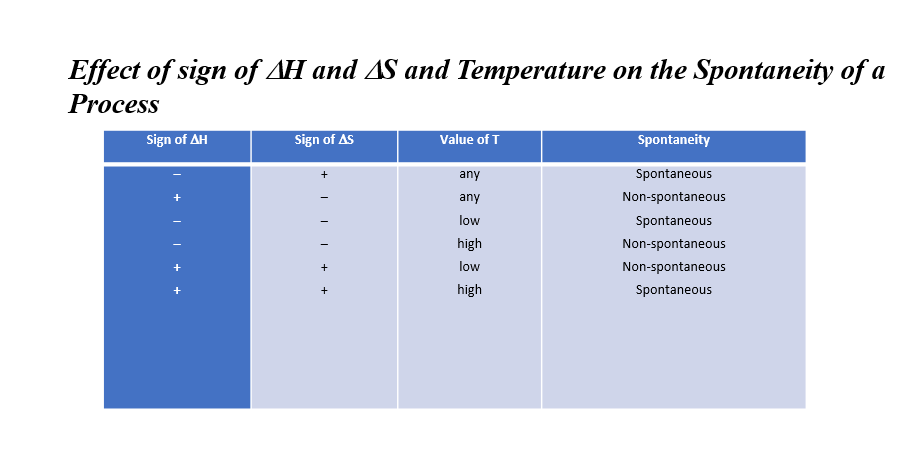