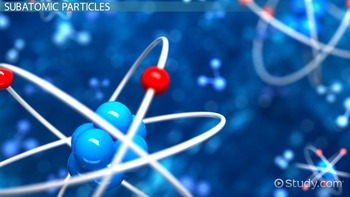 -> A particle is a small localized object to which can be ascribed several physical or chemical properties such as volume, density, or mass.

-> After the discovery of neutron by Chadwick in 1932 A.D, it was believed that neutron, proton and electrons were the only building blocks of the elements.

-> Every known elements from hydrogen to complex atom, could be formed with the help of proton, neutron, and electron. So, this sub atomic parts, usually used to make atom like, electron, proton and neutron alon with photon are called elementary particles. 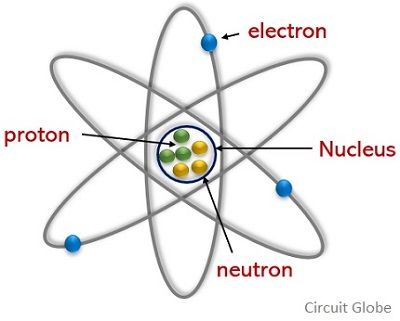 -> But, as per time, this thing got complex, due to some new discoveries, when Schrodinger was developing his wave formulation in Quantum mechanics and Paul A.M Dirac was involved in work on formulating a relativistically quantum wave equation of electron.

-> The solution of of Dirac's relativistically correct quantum wave equation contained unexpected results. First solution indicated that the electrons have spin and second surprisingly predictions was that electrons could exist in both positive and negative energy states which explains the existance of antiparticle of electron.

-> The existance of antiparticle of electron was actually predicted by Dirac, beacuse of a symmetry of equations of the relativistic qunatum theory of the electron. Positron (anti-particle of electron) was discovered by Anderson in 1932 A.D. later on several subatomic particles were discovered.

-> The subatomic particles which were discovered formed a long list which were around 200, which includes electron, proton, neutron, positron, photons, mesons, etc. These particles are elementary in the sense that they are structureless i.e they can't be explained as a system of other elementary particles.

-> When a particle and its anti particle come together at rest they annihile producing photons of energy whose total energy is equal to the total available rest mass energy. This process of production of energy photons from combination of particle and antiparticle is called pair annihilation. 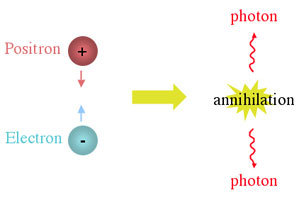