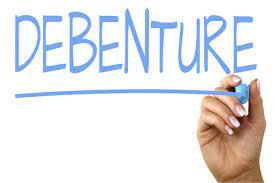 ﻿It is a document issued by a company under its common seal acknowledging the debt and it also contains the terms of repayment of debt and payment of interest at a specified rate. The term “debenture” indicates to long loan or long-term debt.  A company may raise its long-term fund either by issuing of shares or by issuing of debenture. If a company decide to raise capital, it issue shares and if long-term loan then it issues debenture.  A debenture is a certificate issued by a company acknowledging debt of public borrowing. It is a portion of loan capital. The owners of debentures are called debenture holders.

According to Topham “A debenture is a document given by a company as evidence of a debt to the holder usually arising out of a loan and usually secured by a charge.”

﻿The following are the main characteristics of debentures:

﻿Difference between Shares and Debentures

﻿Following are the different types of debentures with their basis of classification:

On The Basis of Redemption:

(ii) Irredeemable Debenture: The debentures which do not have any specific date of redemption is known as irredeemable debenture. They are redeemed either at the time of liquidation or at the time when desires to pay it off.

On The Basis of Convertibility:

(ii) Non- Convertible Debentures: The debenture which cannot be converted into shares or securities is known as non-convertible debenture. These debentures are being used as a tool to raise long-term funds by companies through public issue.

On The Basis of Security

(ii) Unsecured Debenture: The debenture which is not secured with any charge is known as unsecured debenture. At the time of liquidation, the holders of such debentures are treated as similar to that of unsecured creditors. This is also known as naked debenture.

On The Basis of Transferability

(ii) Bearer Debenture: The type of debenture in which details of the debenture holders are not recorded in the company and which are transferable by mere delivery are known as bearer debentures. Principal amount, as well as the amount of interest in such type of debentures, are paid to the bearer of such debenture.

﻿On the basis of priority