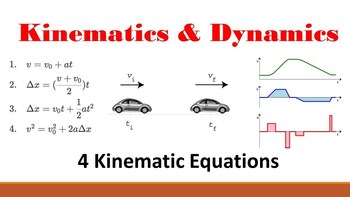 This can be easily explained with the fact we just consider objects velocities, acceleration, time period and displacement which are commonly known by “suvat” i.e.

Before going any further on the kinematics, there are certain things that we need to understand, which are as mentioned below:

1)    Rest: An object is said to be at rest, if its position doesn’t change with respect to surrounding. For example: Houses are at rest from our perspective if we are not moving.

3)    Distance: It is the actual length of path travelled by an object between its initial and final position.

4)    Displacement: It is the shortest length of path between the initial and final position.

5)    Speed: The rate of change of distance with respect to time is speed. Mathematically, it is defined as the modulus (magnitude) of velocity.

6)    Velocity: The rate of change of displacement with respect to time is velocity.

7)    Acceleration: The rate of change of velocity with respect to time is acceleration.

Simple Examples of the body moving with uniform velocity and changing velocity: 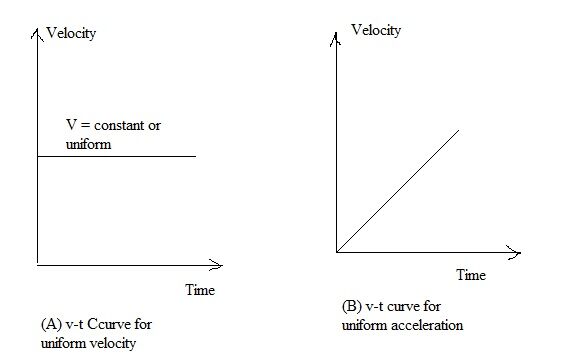 Let us prove these with the help of velocity time graph, which is mentioned below: Consider s, u, v, a, t be the displacement, initial velocity, final velocity, uniform acceleration and time taken.

From the above diagram, we have 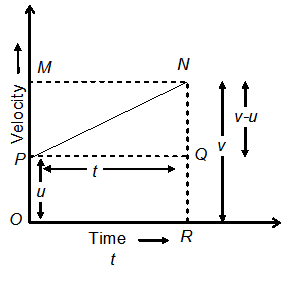 Slope of velocity time graph is equal to the acceleration:

Also, we know that,

Area of the velocity time graph gives the displacement, so 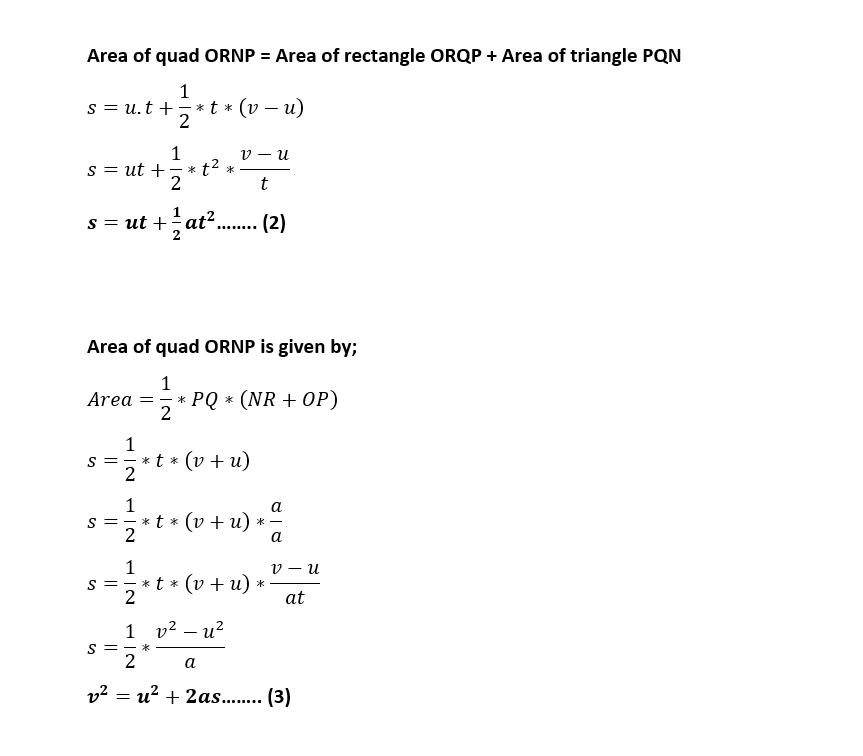 This way we can prove the equations of motion through the velocity time graph.

Distance covered in the tth  second:

Here, the body is dropped from the top of the tower of height h and body falls completely under the influence of gravity. So, there will be just modifications in our formulas mentioned as the motion will indeed be in the straight line and directions are taken positive or negative according to the direction. i.e.

Motion in an inclined plane:

The motion of a body in an inclined plane will be linear as the object will slide down or slide up along the length of the inclined plane.

The general figure of object on the inclined plane is mentioned below: 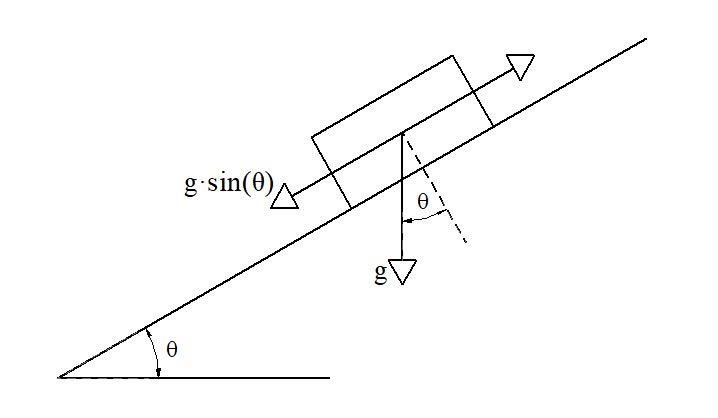 The motion of the body will be in a straight line hence the formulas mentioned for general motion in the straight line can be used with some modifications. If l is the length of the inclined plane and theta is the angle of inclined plane with respect to horizontal then,

For the sign, we basically use conventions. If the body’s velocity acceleration and displacement are taken in same direction, everything will be positive and if any one of them is in opposite direction we take that as negative.