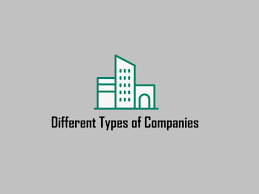 On the basis of incorporation:

On the basis of liability:

On the basis of membership:

On the basis of ownership:

On the basis of incorporation:

Companies that are incorporated by the royal charter (or similar instrument of government) for trade, exploration, investment, and colonization.

The companies which are formed and registered under the provision of common company law are known as Registered Companies. The activities and working of registered company is governed by company act. The provisions regarding the establishment and operation of such companies are mentioned in company act 2063 in context of Nepal. For this, he major documents like memorandum of association and article of association are prepared in the company.

Companies formed or incorporated under the special act of parliament and whose objectives, powers and activities are defined by the act, are known as Statutory Companies. Such companies are governed by their respective acts and do not have any memorandum or articles of association. Ownership of such company is held by the government fully or partially. Nepal Bank Limited, Nepal Rastra Bank, Agriculture Development Bank, Nepal Industrial Development Corporation, Nepal Electricity Authority, Employees Provident Funds etc. are the example of statutory companies in Nepal. These companies are also known as Public Corporation.

On the basis of liability:

A company limited by shares is a registered company having the liability of its member limited by its memorandum of association to the amount, if any, unpaid on the shares respectively held by them. A shareholder cannot be called upon to pay more than the amount remaining unpaid on his shares. Shareholder’s assets cannot be called upon for the payment of the liabilities of the company if nothing remains to be paid on the shares purchased by him. Such a company is also known as a “Share Company.”

It’s a company without any shareholders but it is owned by members called guarantors who agrees to pay a nominal amount in the event of company’s being wound up. It’s a specific form used for non-profit organization. Under this form, profits earned by the company are re invested again in the company to use it for different purposes. Hence, it’s a legally preferred structure for non-profit companies, clubs, charitable trusts and other similar set ups. A company limited by guarantee has a separate legal identity. It can carry out activities in the name of the company such as employing human resources, borrowing credit, buy and sell of property and defending a lawsuit etc. Memorandum of association is specifically drafted for such type of companies.

It is a company in which the liability of the members is unlimited like that of a partnership firm. If the assets of the company are not sufficient for satisfying the claims of creditors, the shareholders are liable to pay more than the face or nominal value of the share held by them even from their personal property.

﻿On the basis of membership:

A public company is a company which collects major capital by offering shares to the general public. Its number of memberships is governed by the authorized capital with which it is registered. The share is transferable to others. It can sell debentures in markets to raise additional capital as loans. Nepal Bank Ltd, Commercial Bank Ltd., etc., are some examples.

A private limited company can be formed with the one member but the maximum number of shareholders cannot exceed fifty and restricts the transfer of share from one shareholder to another. It is not necessary to issue prospectus to collect share capital. It is not necessary to hold statutory meeting for private company. The private company must use the words “Pvt. Ltd” at the end of its name. Companies can go from private to public, by selling shares to the public, often as a way to raise a large amount of money. In reverse, public companies can be taken private if, for example, a majority owner wants to consolidate control.

﻿Differentiate between a private company and a public limited company.

On the basis of Ownership

A government company is a company in which no less than 51 percentage of the paid-up share capital is held by the government. Himal Cement Company, Lumbini Sugar Mills are some of the examples of Government.