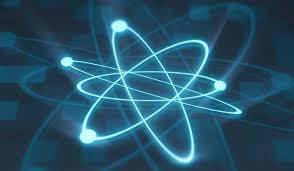 We can learn a lot about things by classifying particles. This is a technique used commonly by biologists; by grouping plants or animals into categories based on certain obvious features of their structure, a basis can be found for studying their behavior. From the scientific standpoint, for example, it may be more enlightening to compare one spider with another spider than with a fly or a moth. Part of the training of a scientist is concerned with learning how to make and to use these classifications. The earliest classification scheme for particles was based on their masses. The lightest particles, including the electron (mec2 = 0. 5 1 1 MeV), were called leptons (from the Greek word for "small"). The heaviest particles, including the proton (mpc2 = 938 MeV), were called baryons (from the Greek word for "heavy"). In between were particles, including the pion (m,.c2 = 1 40 MeV), called mesons (from the Greek word for "middle"). Today these classifications based on mass are no longer valid; for example, one lepton and many mesons are more massive than the proton. However, we retain these three names as descriptive of particles with similar properties, even though the classification based only on mass is no longer valid. Table 2 summarizes these three families of particles.

The leptons are fundamental particles that interact only through the weak and electromagnetic interactions; even though the strong force can exceed the weak or electromagnetic force in strength by many orders of magnitude, the leptons do not feel this force at all. The leptons are true fundamental particles; they have no internal structure and are not composed of other still smaller particles. We can consider the leptons to be point particles with no finite dimensions. All known leptons have a spin of 1/2.

According to some theories of the structure of fundamental particles, the neutrinos are massless (and correspondingly travel at the speed of light) and stable. Other theories predict that the neutrinos should have a small but definitely nonzero mass and should transform into one another. So far no experiment has revealed a mass inconsistent with zero, but only for the electron neutrino is the upper limit very small (rest energy < 20 eV).

These decays are caused by the weak interaction, as we can conclude from the presence of neutrinos (which always indicates a weak interaction process) among the decay products.

and the pions can decay according to

Baryons are strongly interacting particles having half-integral spins (1/2, 3/2, 5/2 . . . ). A partial listing of some baryons is given in Table 5. The familiar members of the baryon family are the proton and neutron. Baryons have distinct antiparticles, for example, the antiproton (p) and antineutron (ii). We can produce heavier baryons in reactions between nucleons, such as

, which produces the A 0 baryon and the K+ meson. The A 0 decays according to

Although there are no neutrinos produced in the decay, the mean life indicates that the decay is governed by the weak interaction.