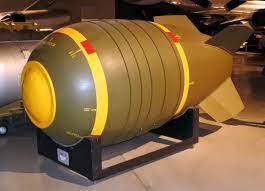 Nuclear fission reaction, the nucleus of a heavy radioactive element like uranium, plutonium or thorium splits up into smaller nuclei, when bombarded by low energy neutrons. A huge amount of heat is generated in this process, which is used in nuclear power plants to generate electricity.

Nuclear power is the use of sustained nuclear fission to generate heat and electricity.

Environmentalists for Nuclear Energy contend that nuclear power is a sustainable energy source that reduces carbon.

The heat is removed from the reactor core by a cooling system that uses the heat to generate steam, which drives a steam turbine connected to a generator producing electricity.

A nuclear reactor is only part of the life-cycle for nuclear power. The process starts with mining (see Uranium mining). Uranium mines are underground, open-pit, or in-situ leach mines.

The uranium ore is extracted, usually converted into a stable and compact form such as yellowcake, and then transported to a processing facility. The yellowcake is converted to uranium hexafluoride, which is then enriched using various techniques

The fuel rods will spend about 3 operational cycles(typically 6 years inside the reactor).Then they will be moved to a spent fuel pool where the short lived isotopes generated by fission can decay away. After about 5 years in a spent fuel pool the spent fuel is radioactively and thermally cool enough to handle, and it can be moved to dry storage casks or reprocessed.

Uranium is a fairly common element in the Earth's crust. Uranium is approximately as common as tin or germanium in Earth's crust, and is about 40 times more common than silver.  Uranium is a constituent of most rocks, dirt, and of the oceans. The fact that uranium is so spread out is a problem because mining uranium is only economically feasible where there is a large concentration.  The cost of nuclear power lies for the most part in the construction of the power station. Therefore the fuel's contribution to the overall cost of the electricity produced is relatively small, so even a large fuel price escalation will have relatively little effect on final price. 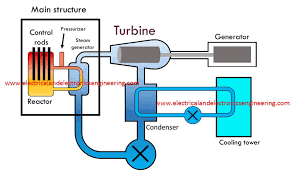