with an estimate x0 of x. From x0, we produce an improved estimate x1. From x1 we

are close enough to r or until it becomes clear that we are getting nowhere. The above

general style of proceeding is called iterative. Of the many iterative root finding

procedures, the Newton Raphson’s Method, with its combination of simplicity and power,
is most widely used.

point (x, y) sufficiently close to it the function can be approximated by its tangent line.

↪ This tangent line crosses the x-axis when y = 0. Denote this new value of x by x1

↪ Continue in this way, if xn is the current estimate, then the next estimate xn + 1 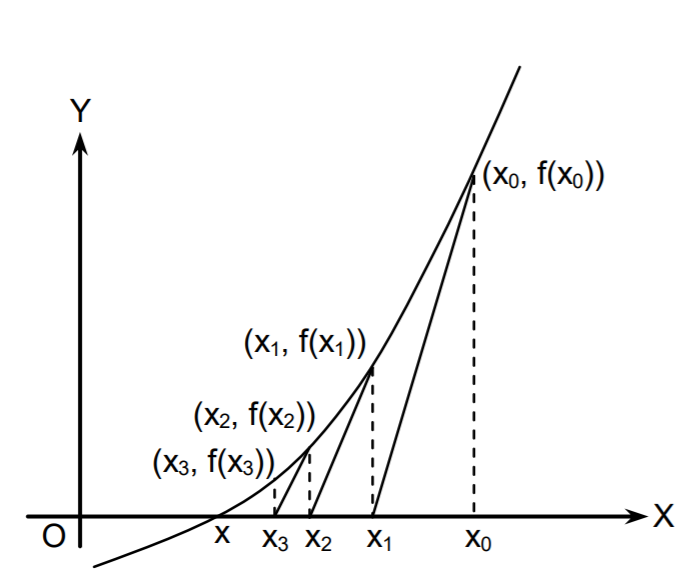