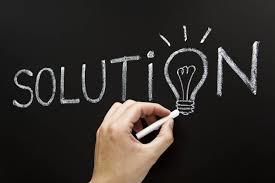 In the story "The Recurring Dream" the main character, Kim is haunted by the repeated dream. In her dream, she encounters a lane covered by a fence and a cottage having shutters. She encounters an old man having a white beard and white hair. To make her forget the haunted dream Janet Wilson asks her to go to her parents' house.

In the dream, she finds herself walking on a village lane that is surrounded by white fences on both sides. At the end of the lane, there is a cottage. She enters the house and finds an old man with white hair and white beards. When she goes near him he wakes up and looks at her. But when she tries to speak with him she finds herself in her bed in London. The recurring dream troubles her badly. So, she shares her problem with her roommate Janet Wilson. One day Janet went to her parents' farm for a few days with Kim. On the way, Kim falls asleep and has the same dream. She was surprised to see the same place in front of her that she usually sees in her dream. As in the dream, she goes towards the house. There, she sees a sign of "FOR SALE" in front of the door.

As in the dream she knocks at the door and the same old man with white hair and white beard opens the door but he is afraid to see her. So, he immediately closes the door. Kim again requests him to open the door and when he opens it, she asks him if the house is on sale. The man replied positively says that a ghost has haunted the house every night. Then Kim asks him who the  ghost is? The old man replies "It is you" then he closes the door. In this way Kim does not reach to the house of Janet Wilsons' parents but she reaches the place of her dream.