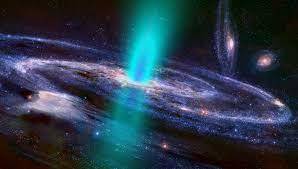 s law states that "the speed of recession of a galaxy is proportional to its distance from us." 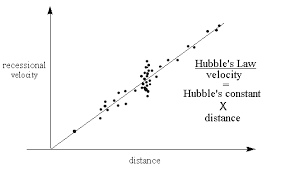 Hence, If v is the speed with which a galaxy recedes and r is its distance from the earth,

It is used to predict the age of the universe.

According to Hubble's law, matter at a distance r away from us is travelling with speed v=H0r.

The time t needed to travel a distance r is given by, t=r/v