Cleavage in the fertilization of frog. 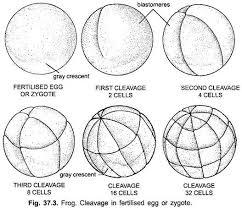 Cleavage is the process of division of zygote cell. It starts just 2-3 hours of fertilization. All divisions are mitotic and holoblastic as division furrows divides the eggs completely. But cleavage is unequal because of presence of a moderate amount of yolk. The processes of cleavage are: 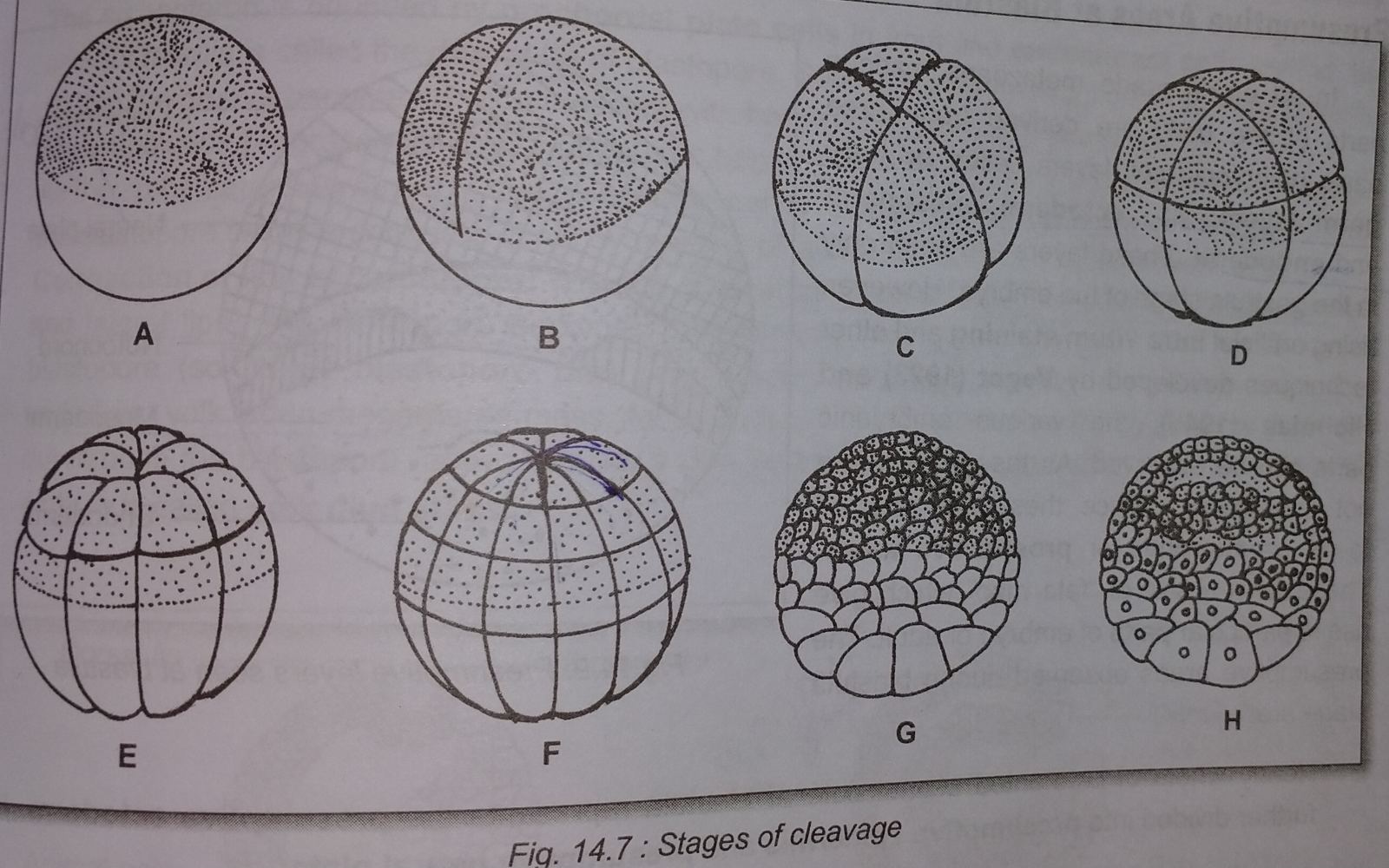 1) The first cleavage is meridional or vertical. The cleavage starts vertically from animal pole to the vegetal pole. As a result, two equal cells or blastomeres are formed.

2) The second cleavage is also meridional or vetical, but at right angle to the first cleavage. As a result, four equal blastomeres are formed.

3) The third cleavage is latitudinal or horizontal but unequal passing just above the equatorial plane producing eight unequal blastomeres. Out of eight, upper four cells are smaller, know as micromeres and lower four cells containing yolk are larger called megameres.

4) The fourth cleavage is meridional same as the first cleavage. As a result 16 blastomeres are formed (8-megameres and 8-micromeres).

5) The fifth cleavage is latitudinal or horizontal producing 32 blastomeres. (16-megameres and 16-micromeres).

The embryo after fifth cleavage looks like a ball and blastomeres projecting from its surface. The embryo appears like mulberry shaped ball like cells called morula.