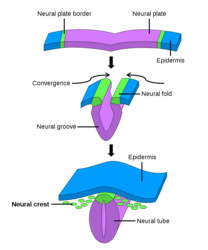 1) The nerve cord develops from the ectoderm. So, it is ectodermal in origin. 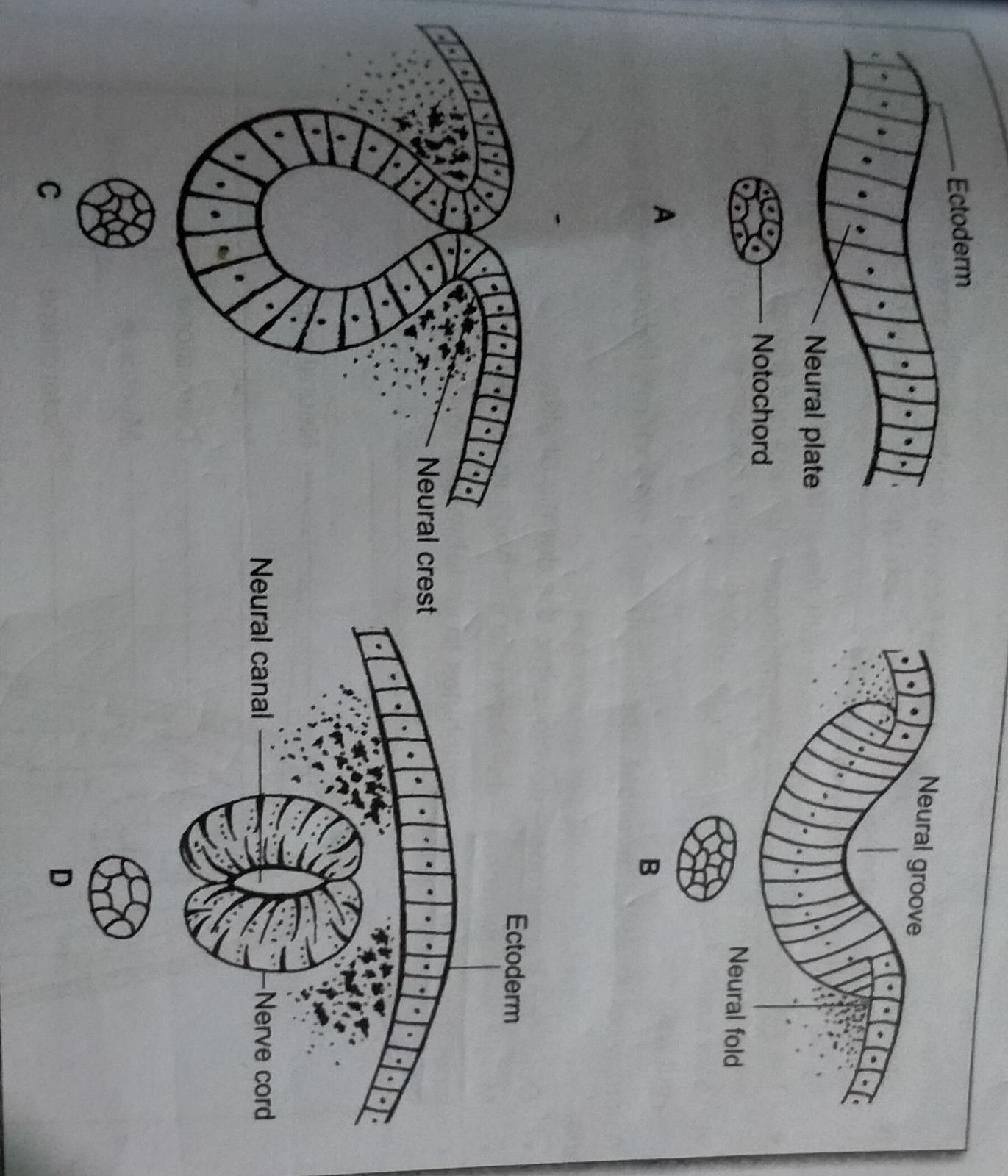 2) The ectodermal cells at the animal pole thicken to form the neural plate or medullary plate.

5) Due to further sinking of neural plate, the both ends of neural fold meet and finally join together to complete the formation of neural tube (neurocoel).

6) Eventually, the neural tube separates from the ectoderm layer and sinks inwards and lies just below the ectoderm at the animal pole.

7) The front end of the neural tube remains open for a short time through an aperture called neuropore. Through this neuropore, neurocoel or cavity of neural tube communicates with the exterior.

8) Posteriorly, the neural canal communicates for sometime with the archenteron by the neurenteric canal.

9) Finally, a closed tubular central nervous system is formed which later on forms brain and the spinal cord.