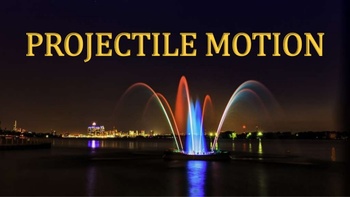 Before we get into the motion, I want you to think for a sec and ponder about the motion of the ball which you project from the tower horizontally. You might guess that, it will look something like a parabola, right? Exactly, the motion of the projectile is indeed parabolic in nature and we will discuss later how this is possible mathematically. Here, is the simple picture showing the motion of projectile. 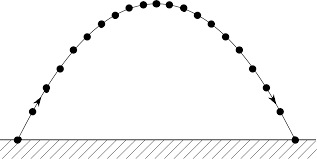 Here are some of the terms that we need to consider before starting projectile motion:

Projectile: Any object which is thrown upward is known as projectiles. It may be anything from a small ball to bigger missiles.

Trajectory: The path that the projectile takes is known as trajectory. Here, the trajectory is parabolic in nature.

Okay, so we know delve deeper into the projectile motion: 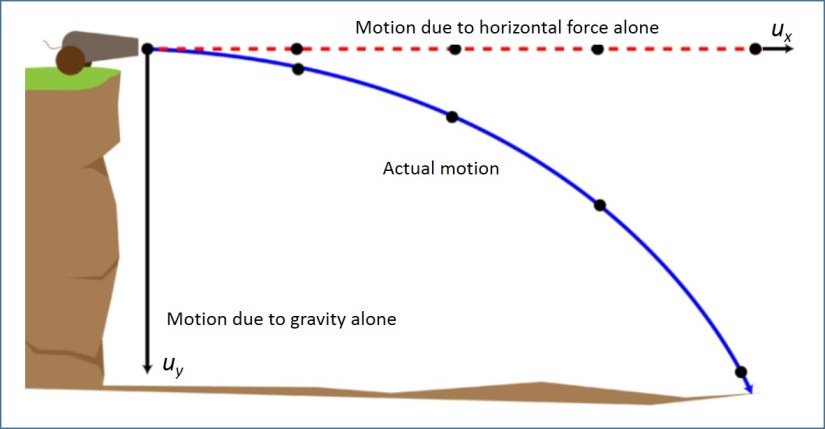 Let us consider a particle at a height h from the ground and it is about to be projected with certain velocity horizontally. Now, as the object reaches the ground it will have increased its velocity by certain factor. Let the particle be after certain instant at position P having horizontal distance x and vertical y at time t. The mathematics is processed below: 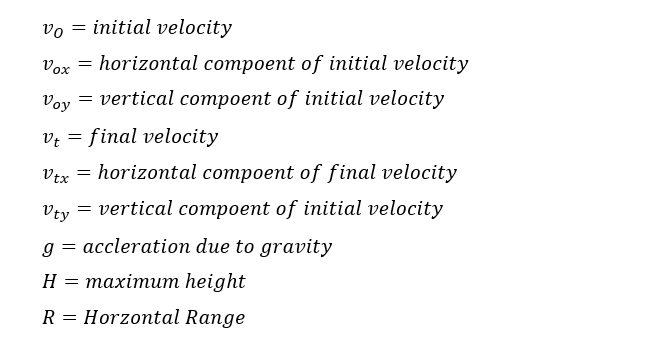 Initially, the horizontal component of the velocity will be equal to the initial velocity as the vertical component will be zero.

During the motion we assume that the g is constant throughout the motion and we completely deny the occurrence of air resistance. 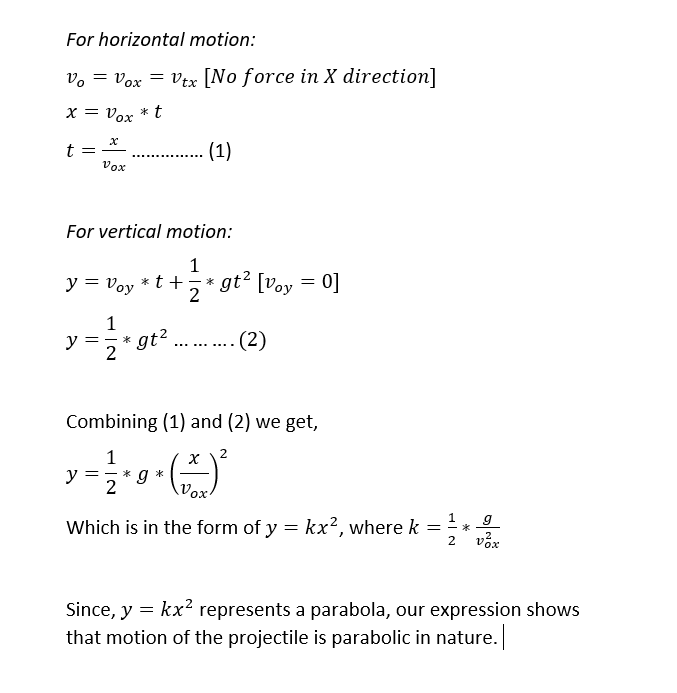 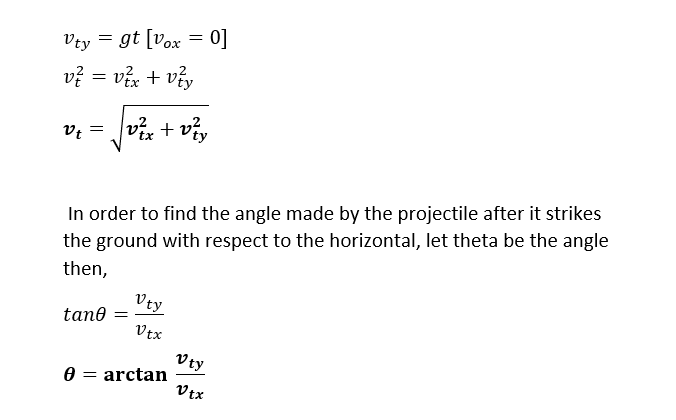 Projectile from the ground: 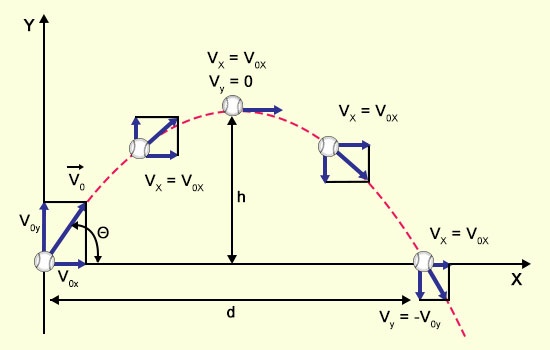 The supposition will be same as in the case we discussed earlier. 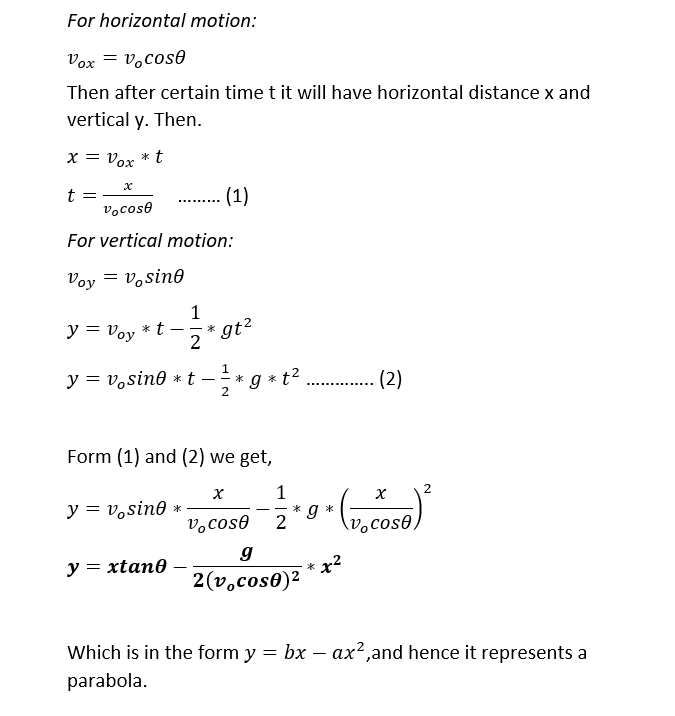 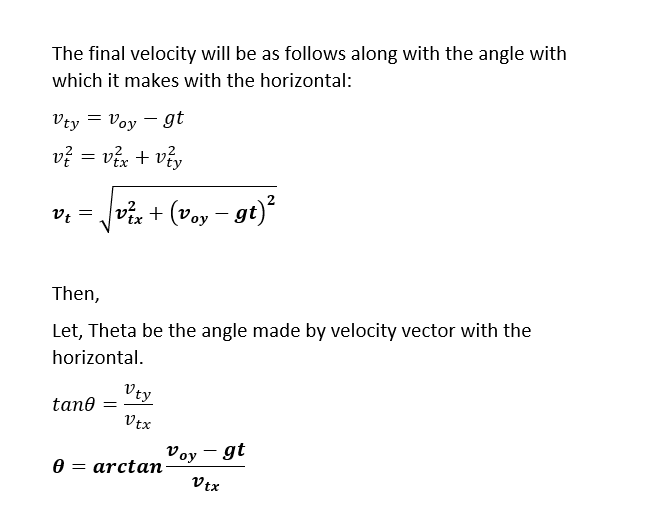 Here are some of the things that we calculate to make our calculations easier:

At maximum height the vertical component of the velocity will be zero after time t. Then,

This time is half of the time that it takes to complete its trajectory as we know parabola is symmetric in nature. In order to get the full time (i. e. time of flight) we multiply the above time by 2.

As we know that horizontal component of the velocity doesn’t change as there is no force acting on the horizontal direction, then,

At maximum height, the vertical component of velocity will be zero, so,